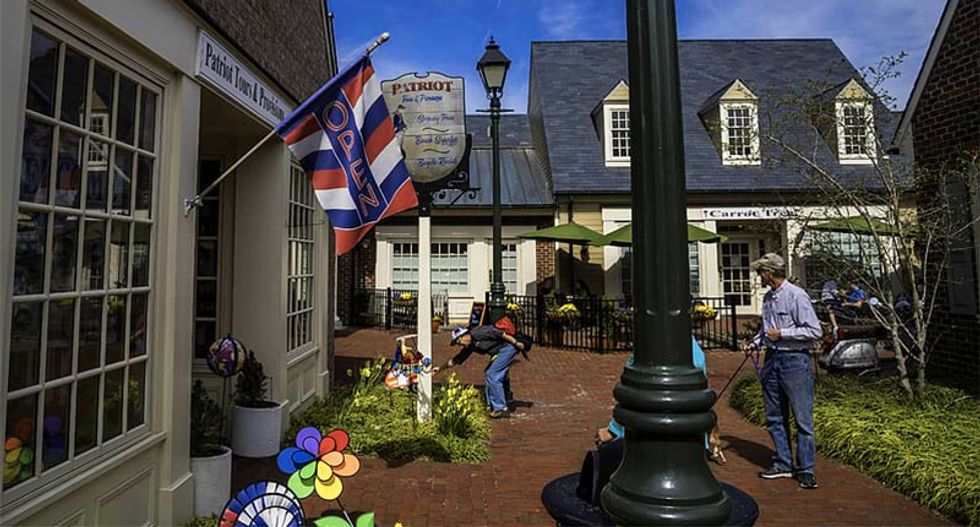 Rural America had already been facing a slogging economy during President Donald Trump's trade war and just as the war was ending, the coronavirus pandemic came to American shores.

Kenneth Johnson, a senior demographer at the Carsey School, looked into the demographics of the age and death rate within each U.S. county. What he found was that more than half of the United States' rural counties have a significantly higher chance of dying of COVID-19 than the nation as a whole. "In contrast, only 22% of metropolitan counties would have such high death rates," cited The Daily Yonder blog. This only applies to those who contract the virus, however.

The study doesn't calculate the actual death rate for each county, rather it is an estimation using existing data on how people fair in rural and urban America when they contract the virus.

"To produce the study, Johnson used age-based COVID-19 mortality rates published in the Lancet on March 30," The Daily explained. "He combined that research with county-level Census population and age figures to create an index of counties based on the likely impact of the virus on death rates. Again, what he found is that rural counties are more likely to land on the worse end of the spectrum."

He only looked at the impact that age might have on county death rates, but there are other factors like preexisting conditions, heart and lung disease, obesity, diabetes, high blood pressure and other immune suppression diseases like cancer. There's also the factor of having access to health care. Rural hospitals are closing all over the country, 120 in total according to University of North Carolina researchers. Had Johnson included that information, his numbers would likely look even worse.

"The number of cases and deaths caused by the coronavirus is changing rapidly. So far, rural America has a lower infection rate than the nation overall. We’ve noted important exceptions to this rule. It’s clear that COVID-19 doesn’t stop at the city limits or the county line. Johnson’s research shows us how much is at stake for rural communities and other vulnerable populations if we don’t prevent the spread," said The Daily.

The New York Times similarly reported on Bristol, New Hampshire, a lakeside town of just 3,300 people. The economic downturn due to coronavirus has killed their economy. The Freudenberg factory is the lifeblood of the community that employees many people in crafting bonded piston seals and other components needed by carmakers around the world.

“Freudenberg is our lifeblood,” the Times quoted Nik Coates, the town administrator. “If that plant was ever to close or significantly reduce operations, that would put us in a world of hurt.”

Residents are coming together to help each other, but "on April 3, the bad news started to spread around town. Freudenberg announced it was firing more than 100 people," the report revealed. Given car sales have halted, automakers have stopped their operations too.

“It’s been a heartbreaking couple of weeks here,” said Mark McDonough, who owns four restaurants in the town. “Companywide, we’ve had to send about 225 people to the unemployment line.”

“If this goes on too long, we won’t survive,” said Brad Tonner, who owns a gift shop with his twin brother. “This is going to kill small-town America.”

Bristol's only Chinese restaurant saw anti-Chinese backlash as a result of the virus. Its owner, Hector Hsu is getting his Ph.D. in aerospace engineering at MIT in Boston about 100 miles south. He started the restaurant because he thought it would be a welcomed distraction from his studies. Last month, when Boston began to explode with COVID-19 cases, he moved to Bristol full time.

“I check everyone’s temperature in the morning and yell at them to sanitize,” he said.

He also created a low-cost menu for people who are having financial troubles and his restaurant is now breaking even.

What's happening in Bristol may be unique to the town with names and factories, but it's hardly unique as small towns face similar problems around the country.