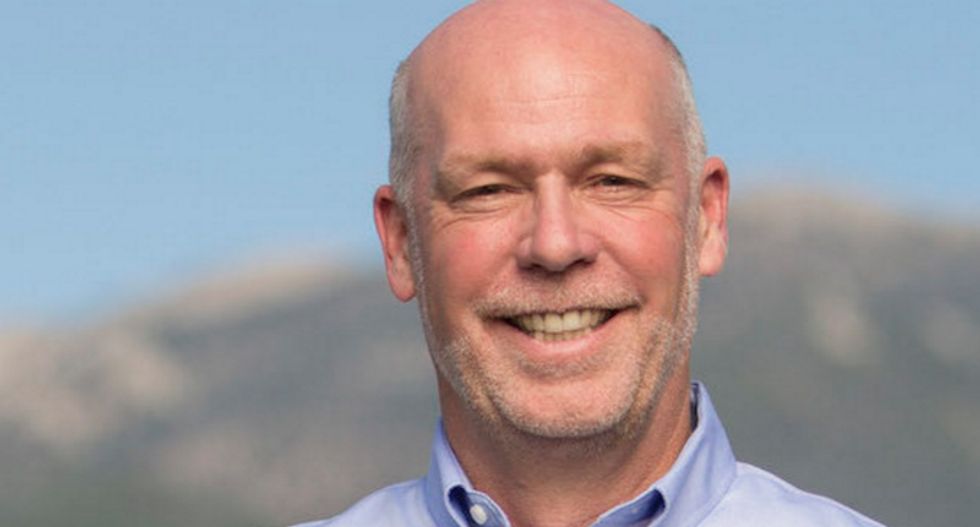 On Friday, The Montana Post reported that the gubernatorial campaign of Republican Attorney General Tim Fox is accusing Rep. Greg Gianforte (R-MT) of "insider trading" off of the coronavirus pandemic.

"It’s an incredible claim, no doubt based on the research that shows Gianforte, rather than putting his investments into a blind trust as promised, has invested hundreds of thousands of dollars over the past three months in companies hoping to profit from COVID-19, including the French manufacturer of Hydroxychloroquine," wrote Don Pogreba.

Gianforte, who gained nationwide infamy after body-slamming a reporter on the eve of his special election in 2017, is competing with Fox for the gubernatorial nomination to replace departing two-term Democratic Gov. Steve Bullock, who is mounting a challenge to Republican Sen. Steve Daines.

The winner of the primary will face off against either Lt. Gov. Mike Cooney or businesswoman Whitney Williams, who are competing for the Democratic nomination.