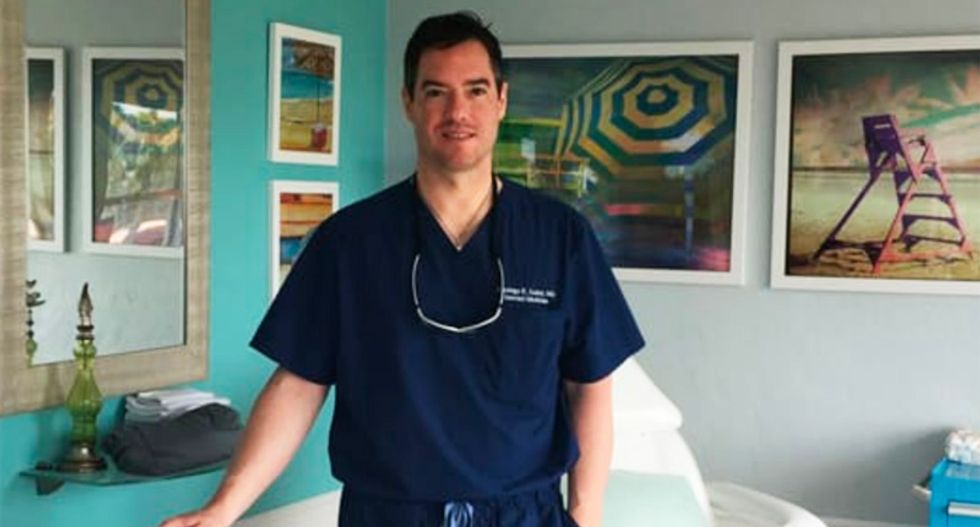 According to a report from the San Diego Union-Tribune, a doctor running the Skinny Beach Med Spa in northern San Diego has been charged after offering "miracle cures" for the coronavirus -- including a family package deal for a flat price of $3,995.

The report states, "A San Diego physician sold an undercover FBI agent a 'COVID-19 management program' that included an anti-malarial drug touted by President Donald Trump, claiming the drug and his program could both cure COVID-19 and prevent someone from contracting it."

The reports states that Dr. Jennings Ryan Staley, 44, is scheduled to be arraigned Friday in U.S. District Court in San Diego on one count of mail fraud.

According to the U-T: Staley allegedly advertised the treatment as a 'concierge medical package' that costs $3,995 for a family of four, and allegedly shipped the undercover agent a package containing hydroxychloroquine and chloroquine, generic versions of Xanax and Viagra, and azithromycin — an antibiotic often called a Z-Pak that’s used to treat sexually transmitted infections and other conditions — which [President Donald ] Trump has also promoted as a potential coronavirus treatment."

As the report notes, the FDA has only authorized the use of hydroxychloroquine only from the Strategic National Stockpile, and only for hospitalized COVID-19 patients, with prosecutors alleging,

Staley obtained his hydroxychloroquine by smuggling it from China," and allegedly telling patients they "could take it to cure COVID-19 or ward off the disease."

According to the FBI, Staley bragged to the undercover agent about smuggling the drug out of China while reportedly telling the agent, "You could be short of breath and coughing at noon today, and if I start your hydroxychloroquine loading dose, you’ll feel 99 (percent) better by noon tomorrow.”

Staley drew the attention of law enforcement on a local news station and talking about the drug regimen.

Asked for comment, the doctor referred all questions to his lawyer, the U-T reports.