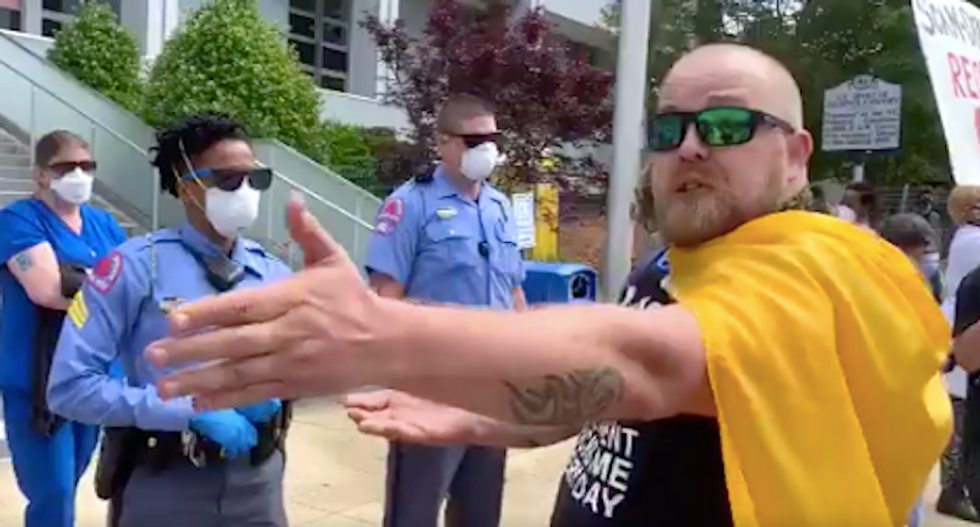 A lockdown protester in North Carolina singled out a black police officer for harassment.

Demonstrators turned out Tuesday in Raleigh to protest Gov. Roy Cooper's stay-at-home order intended to halt the spread of the coronavirus, and one man wearing a Gadsden flag as a cape pestered a black law enforcement officer.

Video shows the man antagonizing the impassive officer, who is wearing a medical mask and sunglasses.

The man then crossed his wrists waiting to be handcuffed by the officer, who does not appear to look toward him or make any other movement.

The man appeals to the news team and others standing nearby, and a woman can be heard complaining the officer won't answer his questions.

"No, they won't answer because they know the truth will hurt their cause right now," the man says.

The same man can be seen in another video wearing a centurion helmet and yelling at a police helicopter.