The coronavirus pandemic is making the US housing crisis even worse 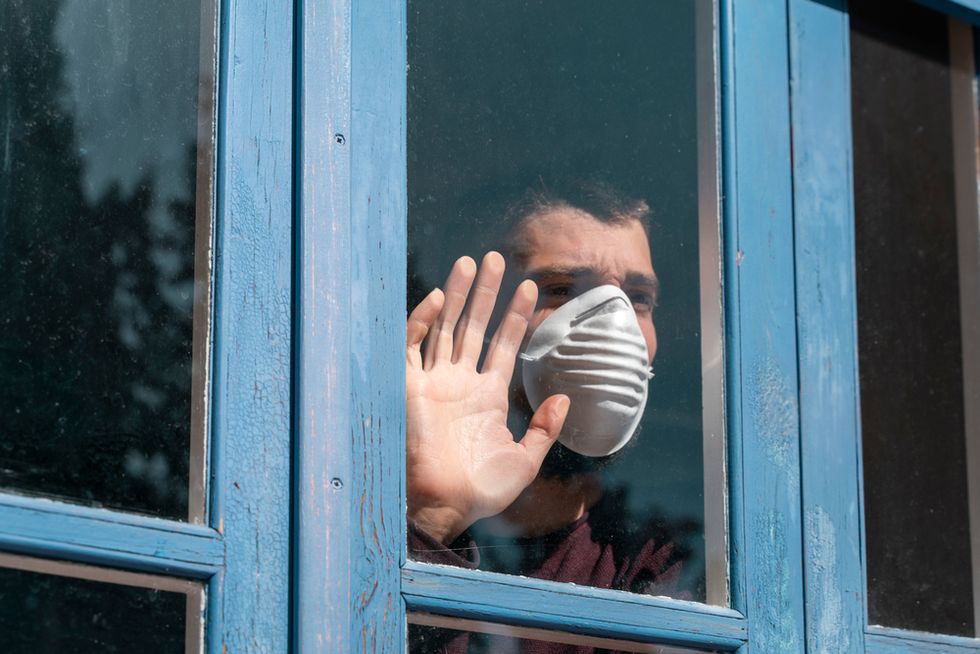 Coronavirus. Sick man of corona virus looking through the window and wearing mask protection and recovery from the illness in home. Quarantine. Patient isolated to prevent infection. Pandemia. House.

Ninety-five percent of Americans have been ordered to stay at home to reduce the spread of the coronavirus.

As a human geographer who studies experiences of home and housing, I find a certain irony to these orders, particularly when wrapped in messages such as “Stay Home and Stay Safe.”

The pandemic is exacerbating the affordable housing crisis that plagues cities throughout the U.S. and contributes to rising inequality, housing insecurity and homelessness. 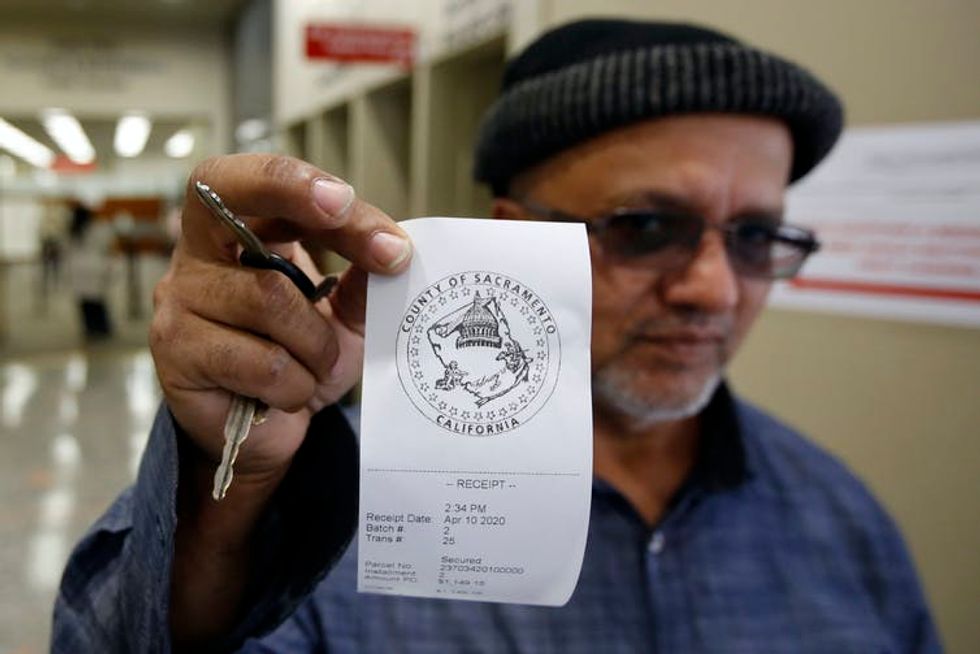 A man displays the receipt he received after paying his property tax. The coronavirus outbreak has delayed income taxes, mortgage payments and even evictions in California.

According to CNN, one-third of Americans did not pay rent this month.

Many are now getting eviction notices, while others are organizing payment plans with their landlords. Even those tenants who successfully negotiate postponing their payments will eventually have to pay back what they owe.

The stimulus bill recently passed by the U.S. Senate, as well as additional state and city moratoria on evictions and foreclosures, provide some temporary protections.

However, these pieces of legislation only really offer partial and temporary solutions, and others, like undocumented immigrants, many who have lived and worked in the U.S. for years are ineligible to receive aid.

More importantly however, they do not address the structural problems surrounding America’s decades-long housing crisis.

Housing prices have skyrocketed in many cities in the country. In some of the most expensive cities in the U.S., like New York and Washington, D.C., this has meant that median sales prices have increased over 50% from 2009 to 2019.

Rent prices have also continued to rise, increasing 150% since 2010. In the most affluent cities the median rent price for a one-bedroom apartment is greater than US$2,000.

These price increases have made it increasingly difficult for even middle-class families to rent or purchase homes in many areas in the U.S.

Nationally, 1 in 4 Americans now spend more than half of their monthly income on rent. Another 6 million are considered cost-burdened, meaning that they pay over 30% of their income on rent.

For those working full-time but earning minimum wage, it is now impossible to rent a two-bedroom apartment in any city in the U.S. without being cost-burdened.

The housing crisis has also led to an increase in homelessness. Currently there are over 550,000 homeless estimated nationwide. With over 6 million currently unemployed, this number will surely rise. 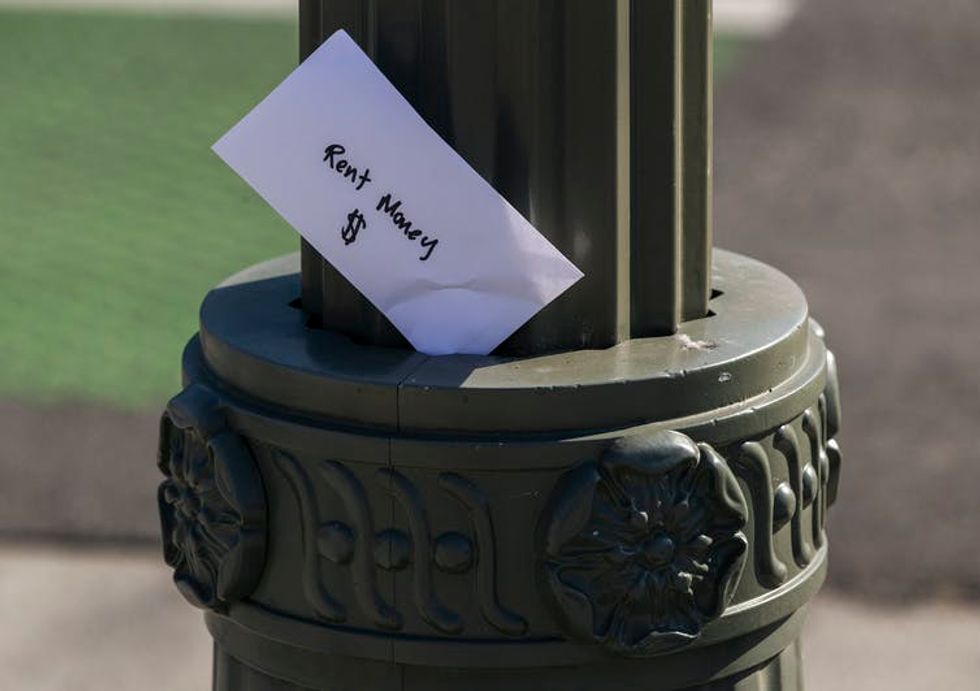 A paper envelope written with the words ‘Rent Money $’ is left tucked in a lighting pole in Los Angeles.

For low-income families living in neighborhoods undergoing gentrification, the pandemic is just another blow to an ongoing struggle to stay in their neighborhood and homes

Among those gentrifying communities are two that I study, the Globeville and Elyria-Swansea neighborhoods in northwest Denver, Colorado.

Traditionally marginalized and located in the industrialized areas of the city, these neighborhoods are home to approximately 12,000 residents, and almost 87% identify as Hispanic or Latino. The majority of residents earn less than $25,000 a year, with many working in the service and health industries and in construction.

Denver’s fast-growing housing market and urban redevelopment are making it increasingly hard for these residents to remain in the neighborhood. Many have already been forcibly displaced.

Now, the pandemic has caused many in Globeville and Elyria-Swansea to lose their jobs, and Globeville is currently one of the neighborhoods with the highest cases of COVID-19 infections in Denver. Without employment and unable to pay rent or mortgage payments, an already cost-burdened community may finally succumb to their struggle against gentrification.

For communities like Globeville and Elyria-Swansea, displacement usually means being forced to move to areas and homes that are often unhealthier, poorer quality and far away from city resources and community networks and support. Children are often forced to go to other schools, and parents must commute longer distances to jobs and services.

The effects of the housing crisis are not reserved to just poor communities, but rather all city residents. Displacement and gentrification lead to greater inequality, greater social and economic insecurity and can undermine social cohesion, to name only a few.

For those already struggling to stay in their homes, the coronavirus is a dramatic blow to an already difficult situation. Even for those families who have received some temporary relief for April and May, it is hard to imagine how families that already pay between 30% and 50% of their salary on rent will be able to pay off any debts when relief programs expire.

I fear that many of these Americans will end up on the streets, in motel rooms or isolated in neighborhoods with poor-quality housing, far away from community, schools, jobs and other services and resources.