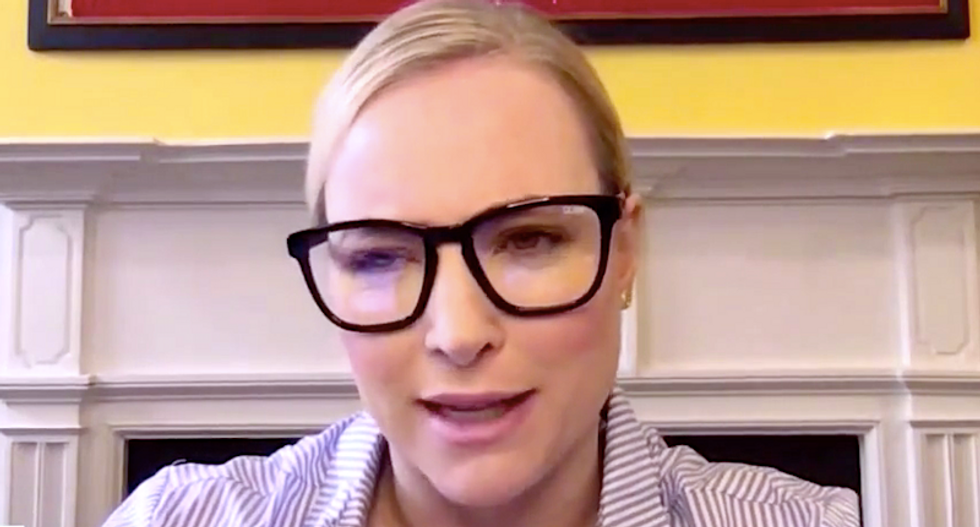 "The View" co-host Meghan McCain said the coronavirus pandemic had opened her eyes to just how badly served many Americans were by "horrible" elected officials.

The show's panelists were all horrified by Las Vegas Carolyn Goodman calling for casinos to put workers and visitors at risk by reopening during the coronavirus pandemic, and McCain said she's been shocked by officials' irresponsibility.

"She reminded me of one of those teachers in middle school that you used to have that was, like, such a jackass and trying to talk to Anderson Cooper in, like, this really reductive have way. Anderson Cooper, no matter what you think of him, he's one of the most famous journalists in the world. He was asking questions, if you are going to put your constituents in possible danger, and possibly put their lives at risk, how are you going to make this okay? She said, that's not my job."

"You're the mayor of Las Vegas," McCain added. "That's exactly entirely your job to figure it out, and I just thought it's the worst of the worst of the worst of the kind of politicians in this country, and I have said many times on this show, I have been having, like, this existential awakening that there are really, really horrible people in office, and this woman for me is, like, patient zero, not to use a medical term, but she's just the worst example of someone, and she'll probably end up losing something over this because again, it was just so egregious."

Moderator Whoopi Goldberg backed her up for a moment just to clarify what she meant in the midst of a pandemic.

"Let's just hope it's not her life," Goldberg said, as McCain quickly agreed. "We don't want her to, we don't want anyone to go what people are going through."

McCain concurred, saying she meant that Goodman should lose only her elected position over her coronavirus response.

Johnny Depp's career and finances were already in serious trouble before his then-wife Amber Heard accused him of domestic violence in 2016, his former agent and business manager testified on Thursday.

Tracey Jacobs, Depp's former agent, said the actor "became the biggest star in the world" during the three decades she represented him in Hollywood.

Jan. 6 committee has photo evidence from inside the White House: report

Photographic evidence from inside the White House has been obtained by the House Select Committee Investigating the Jan. 6 Attack on the U.S. Capitol.

"Congressional investigators have obtained a batch of official White House photographs, including images taken on Jan. 6, 2021, according to two sources familiar with the evidence," Politico reported Thursday. "At least some of the photos were taken by official White House photographer Shealah Craighead, the sources indicated. Committee Chairman Bennie Thompson confirmed that the panel had obtained some of Craighead’s photos, though he declined to describe their content."