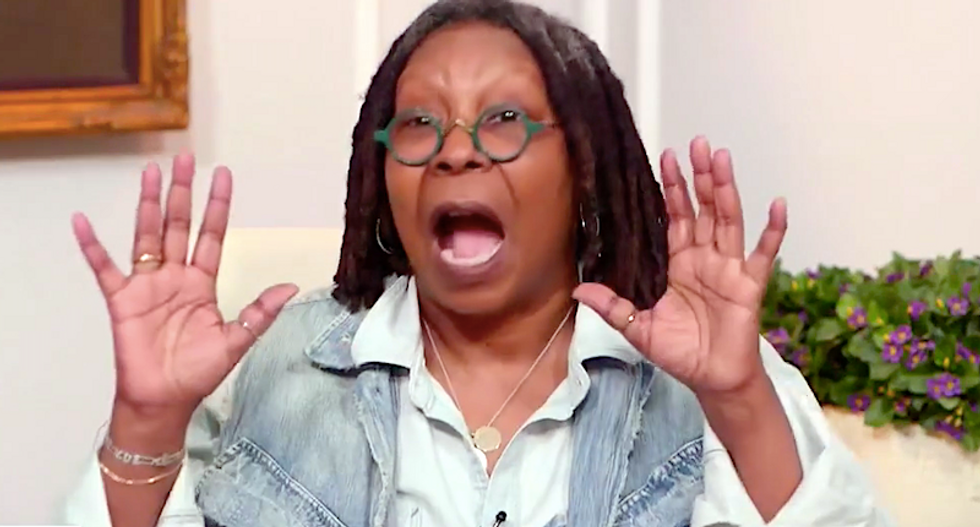 The president has since claimed his suggestion was sarcastic, and he also insisted he wasn't even talking to Birx -- which is contradicted by video of the exchange -- but Goldberg said the public health expert should have strongly rejected Trump's proposal.

"I have to say the reason that the story is still in the news is, if you have little kids, you have to constantly explain to them, no you cannot drink bleach -- you cannot do this," Goldberg said. "You know, the last person that really even suggested anyone use bleach was a man called Dr. [Josef] Mengele, and he did bad things to people [at the Auschwitz concentration camp], so we don't discuss bleach."

Goldberg also faulted the reporters present during that daily briefing.

"I have all of the compassion for everybody because it's not an easy job, but one of those journalists sitting there should have stood up and said, 'No, sir, that is a dangerous thing to say because you can actually kill people,'" Goldberg said. "She should have said, 'No, sir,' and yes, she should have jumped up. That's part of the reason they're there, they're there to protect us, and to make sure we are getting the facts, and it wasn't a joke because that's not how you do a joke. You say at the moment, you know, well, why not this? I'm just kidding, that's how you do that. You don't say, 'Oh, I was just kidding,' the next day."