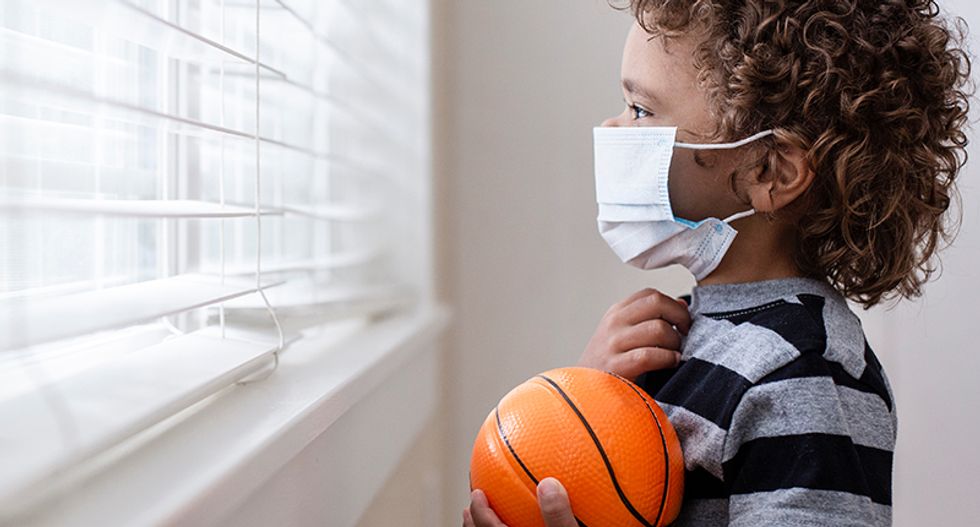 If Americans are really lucky, someone may be able to hold a small gathering of friends depending on their age and demographic by the end of the summer, a Daily Beast report citing public health experts said. It's hardly "opening with a bang," as President Donald Trump wants on May 1.

The experts assembled "said there were three main things authorities need to be able to provide—effectively, affordably, and with quick results—to the American public before it’s safe to send at least some people back to work and into public life. First are millions more diagnostic tests, which can tell if someone currently has COVID-19. Then come antibody tests, which can determine if people recently had it and may have developed enough of the right kind of immune response to offer some protection from illness. Finally, authorities need more robust 'contact-tracing' to track who might have been exposed to the virus and prevent them from spreading it further."

Mass testing never fully got off the ground in the United States. Now, the government is no longer providing free testing, so anyone who wants the test will be forced to pay hundreds of dollars. Given the economic crisis and an astronomical number of unemployed Americans, not everyone can afford that right now.

While Trump stood in the CDC in Atlanta, he proclaimed that anyone who wanted a test could get one. That's no longer the case. It differed by state, but some require a doctor's referral, other states will give it to anyone who can afford to pay for it, and a few are able to get the antibody test.

Dr. Anthony Fauci explained that the best way to reopen the country is by giving everyone in the country an antibody test to see if they've had it or can survive it. In a country that couldn't even test everyone for coronavirus, Fauci said there's no way they will have enough tests for it.

William Haseltine, a former Harvard Medical School professor and the president of the global health think tank ACCESS Health International, explained "there is precedent elsewhere for creating cheap and effective antibody testing on such a large scale. For example, he noted, the Egyptian Ministry of Health used so-called serology tests to screen more than 60 million citizens over the age of 12 for hepatitis C, diabetes, hypertension, and obesity," the report said. "Those tests cost about 50 cents per person, are conducted using blood from a simple finger-prick, and the results were available in as little as five minutes, he said."

Haseltine also said that the antibody test also can't always show if someone has had the virus.

“One-third of colds are coronavirus,” Haseltine added. “This test isn’t going to be foolproof.”

"What’s more, experts are still uncertain that people who recover from COVID-19 can create enough of an immune response to keep them protected from reinfection," the report said.

The public health experts also explained that there is a need for a contact-tracing method. While Jared Kushner was said to be crafting a means of tracking Americans and their interactions, it was quickly quashed by his father-in-law during a press conference when he was asked about it.

"Most health experts interviewed for this story agreed on two main points: The loosening of social-distancing measures has to be done slowly and carefully; and public gatherings—like concerts, professional sports, movie theaters, and especially cruises—will be the last to return," the report continued.

In China, they reopened movie theaters only to see their numbers spike again. It forced them to roll back the re-openings. So, Trump's demand to open the country with a big coronavirus party will likely show substantial spikes in cases.

“At any moment, one person could start the whole thing over again,” said Haseltine. “That’s why it’s going to be a long time before we can go back to normal. The danger is that we’re going to run out of patience and political will.”

Russia and the United States drew closer Friday to extending a nuclear pact ahead of the fast approaching expiry date of the last arms control accord between the former Cold War rivals.

The New START treaty, which is due to expire on February 5, is seen as a rare opportunity for compromise between Moscow and Washington, whose ties have further deteriorated over recent cyber hacking and election meddling allegations.