Jim Mullen, a former trucking company executive and lobbyist, is using the Trump pandemic that is killing thousands of people in our nation to ease safety rules intended to reduce the number of people killed by trucks.

Mullen, acting administrator of the Federal Motor Carrier Safety Administration, temporarily waived a rule requiring many drivers of large commercial trucks to take 10-hour breaks after 14 hours of work if those truckers are delivering supplies such as medical supplies, food and fuel.

Peter Kurduck, the general counsel for Advocates for Highway & Auto Safety, said the organization understands that during the pandemic there is a need for waiving the rule with limited exemptions.

Under Obama, federal regulators limited many truckers’ work to 70 hours in eight days to try to reduce crashes by exhausted drivers.

Some of the horrific crashes have involved Werner Enterprises, the Omaha, Neb., trucking company where Mullen was the executive vice president and general counsel. In February 2017, Kathryn Armijo, 54, was killed near Las Cruces, N.M., after a student driver in his eighth day of driving for Werner crossed four lanes of traffic and a median before hitting her SUV. A jury ordered Werner Enterprises to pay about $40.5 million in damages, but the case was later settled. 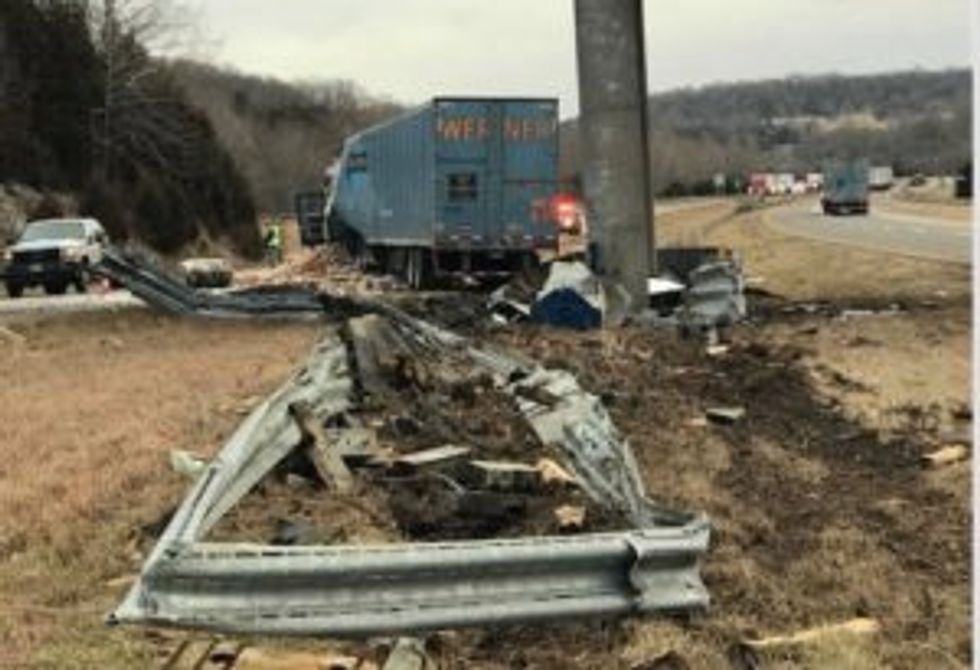 In 2014, 7-year-old Zack Blake was killed and his 12-year-old sister was left a quadriplegic in an accident on Interstate 20 in Odessa, Texas during freezing rain when the driver of the pickup truck the children were in lost control and hit a Werner truck. The commercial driver’s license manual instructs drivers of 18-wheelers to slow to a crawl and get off the road in icy conditions. A jury awarded almost $90 million in damages for that crash. Werner is appealing the verdict.

In 2015, Mullen told senators the Obama trucking regulations were “government overreach of the worst kind.” The safety administration under Mullen has proposed changing those rules, but the final rule hasn’t been released yet.

“The FMCSA is abandoning safety and allowing drivers to push themselves to the limit even further,” said Teamsters general president James P. Hoffa.

Members of American Trucking Associations, the largest trade association for the trucking industry, were at a Trump rally in Harrisburg, Pa., in 2017 to promote Trump’s tax plan.

Derek Leathers, the president and CEO of Werner Enterprises, joined Trump at a Rose Garden ceremony in 2018 to celebrate the Trump tax plan being passed. Leathers said the tax cut helped Werner Enterprises raise driver pay by an average of $2,400.

Truck driver salaries have dropped by as much as 50% since 1980 when the trucking industry was deregulated under President Jimmy Carter. Andrew, a truck driver, said it is difficult to earn a living now driving trucks and supported Mullen lifting the hours truckers can work during the pandemic.

Chris Spear, the president and CEO of American Trucking Associations, criticized the $89.7 million Texas verdict. About $43 million of the award was for the medical care of the 12-year-old girl, Brianna.

“It’s time to go on the offensive and tell our story to the policymakers,” Spear said in October. “It’s time to take the Hill.”

Days later, Ray Martinez, the Senate-confirmed head of the Federal Motor Carrier Safety Administration, announced he was leaving the job. Mullen as the acting administrator does not need to be confirmed by the Senate.

"Dr. Shiva" is a reference to Shiva Ayyadurai, an election conspiracist and anti-vaccine truther who has claimed he was the inventor of email and that Dr. Anthony Fauci is a "Deep State" agent. He was hired by the Arizona State Senate to take part in the audit.

The audit swiftly grew controversial due to giving selective access to right-wing news organizations and for pursuing conspiracy theories, including hunting for bamboo fibers in ballots to prove they were forgeries from Asia. Even some Trump supporters, like right-wing talk radio host Mike Broomhead, ultimately turned on the effort.

The Republican Party of Arizona was there.

Here are some more images from the scene.

The scene inside and outside the Arizona state Capitol today in Phoenix as the results of the 2020 election review… https://t.co/Y8zIJ1NNvf
— corinne_perkins (@corinne_perkins) 1632517220.0

As the hearing began, we had a few hilarious disruptions. This guy was playing a banjo and harmonica, but got screamed away buy some heavily armed folks. pic.twitter.com/EXWEMLEnPn
— AZ Right Wing Watch (@az_rww) September 24, 2021

Current scene at the Arizona state Capitol: Hundreds of people have gathered to hear the results of the #AZAudit w… https://t.co/DGhV6sD0Q6
— James Klüg (@James Klüg) 1632511004.0

Couple of pics of the anti-vaccine, anti-mandate rally happening outside the Arizona Senate today ahead of the offi… https://t.co/EnQZlXOJ5T
— Stacey Barchenger (@Stacey Barchenger) 1632511845.0

"Logan says that the 74k error that was made in the summer was because the analysis was quick since they were trying to justify canvassing," Archer writes.

CNN fact checker Daniel Dale earlier this year explained that the supposedly "phantom" mail-in ballots weren't mail-in ballots at all, but were rather ballots from people who had voted in person even though they had requested mail-in ballots as a precaution in case they weren't able to go to the polls.

"This county uses two early voting files that are not meant to be used for forensic audits," Dale explained on CNN this past July. "One of them are ballots requested by voters, one is ballots submitted by voters. That ballots requested file stops getting updated October 23rd of this year, but the ballots submitted file keeps getting updated with in-person votes until ten days later. You have thousands and thousands of in-person votes between October 24th and the day before the election where there won't be a corresponding entry on ballots requested file."

‘Rudy is really hurt’: Giuliani found out he’s been banned from Fox News