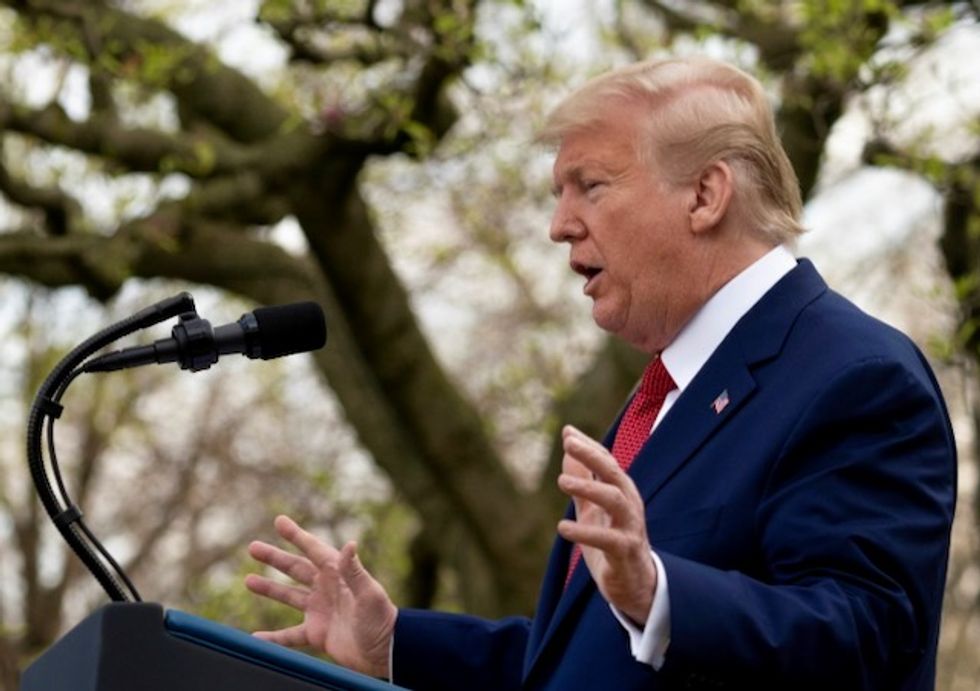 Trump replied with a confused rant about China, claiming that they get preferential treatment from both the WHO and the World Trade Organization because they're a "developing country" — and "We're a developing nation too, in my book."

Trump complains that the U.S. gets treated unfairly by international organization like WHO. "We're a developing na… https://t.co/vMLgcYzTba
— Sahil Kapur (@Sahil Kapur) 1586990827.0