Trump is dealing his 2020 campaign a 'crippling blow' by listening to anti-lockdown 'crackpots': Morning Joe 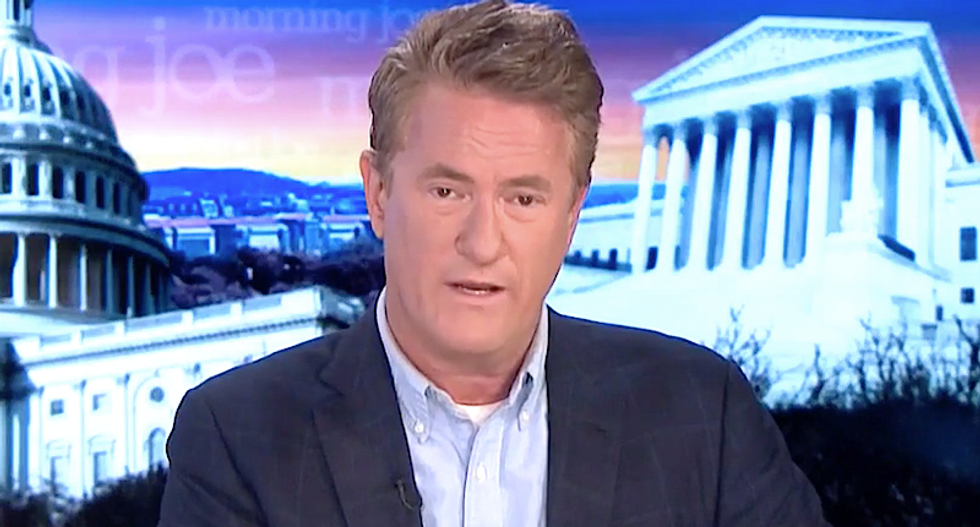 MSNBC's Joe Scarborough on Wednesday warned President Donald Trump that he is digging his own political grave by encouraging protesters who want to reopen their states even as deaths from COVID-19 continue to surge.

During a discussion of Trump's handling of the pandemic, the "Morning Joe" co-host cited new polling data showing Trump losing significant ground among older voters who are most vulnerable to dying from the virus.

He then quoted from an analysis by The National Journal's Josh Kraushaar that noted older voters "are counting on the president to protect them at a particularly precarious moment," and that they will abandon him if his plan to reopen the economy backfires, thus dealing his 2020 campaign a "crippling blow."

"That's already been happening," Scarborough commented. "We've been warning the president that it was happening. We've been warning him, hoping he'd do the right thing and follow medical advice instead of listening to the 87 percent of crackpots who want Fauci fired!"

Trump is dealing his 2020 campaign a 'crippling blow' by listening to anti-lockdown 'crackpots' from Brad Reed on Vimeo.