Trump is 'increasingly unnerved' because his own campaign knows he's losing to Joe Biden: CNN reporter 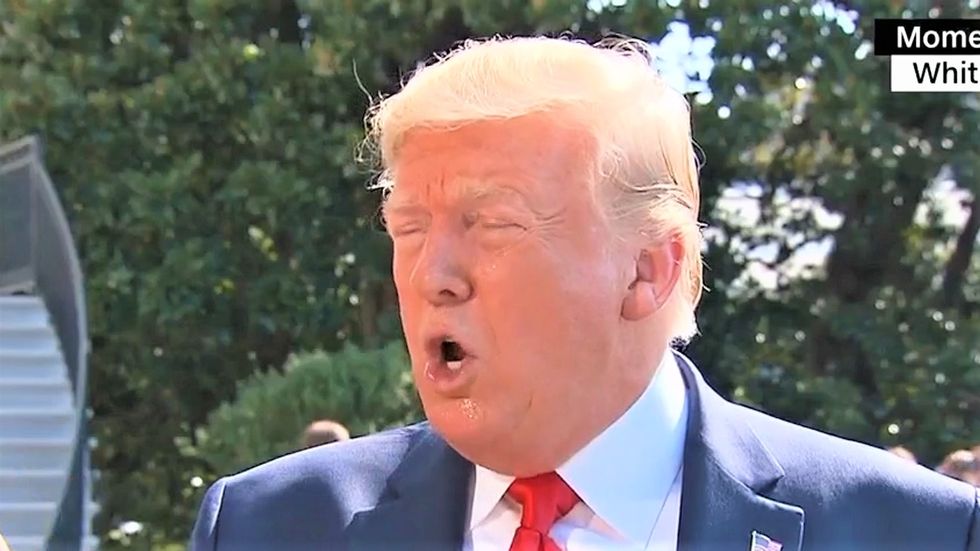 President Donald Trump has been flying off the handle recently because officials from his own campaign have warned him that he's currently losing the 2020 presidential election.

CNN reporter Jeremy Diamond told host John Berman on Thursday that Trump is raging against his own officials after they showed him dire polling data from swing states in the last week.

Diamond also said that campaign officials have had difficulty getting Trump to believe he's in peril because he flat-out refuses to believe the polls.

"The president has insisted repeatedly during his conference calls, one source familiar with these calls has told me, that he is not going to lose to Joe Biden," Diamond said. "'I'm not losing to Joe Biden,' is what the president has explained at different points during these conversations."