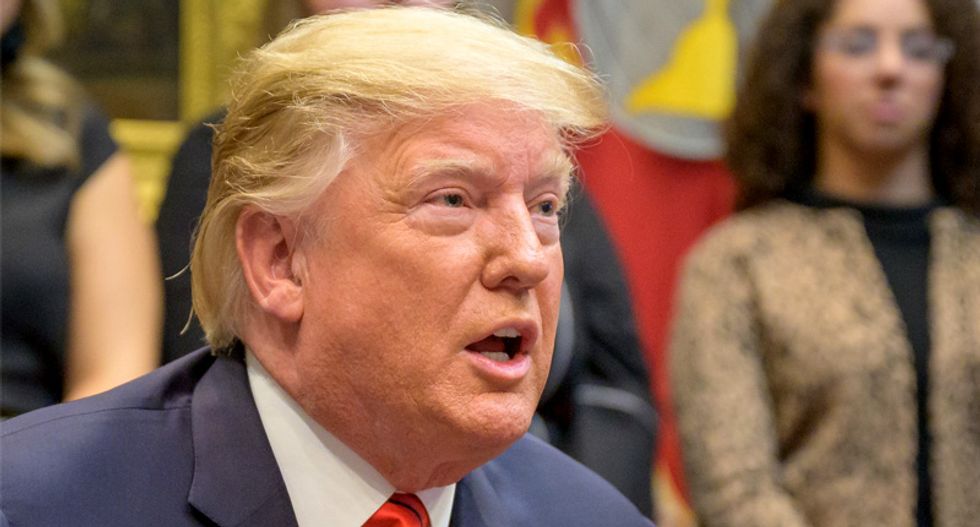 Trump and Radical Republicans like South Dakota Sen. Mike Rounds think the lives of the immigrants who work in meatpacking plants are worth less than the lives of pigs in a slaughterhouse.

Rounds, who asked Trump to intervene to keep meatpacking plants open, cited farmers killing pigs rather than sending them to meat processing plants, to justify sending immigrants and other meatpacking workers back to their jobs—where many will get sick and some will die.

“They will be euthanizing – killing – over a million head of hogs a month, very, very shortly, beginning here in the next one to two weeks,” Rounds, who was previously governor of South Dakota, said Sunday. “There’s no way we can stop that until we start opening up these production facilities again.”

As recently as 2015, almost 30% of meat and poultry workers in our country weren’t citizens, according to a GAO report.  Companies like Smithfield Foods and Tyson were hiring more immigrants and undocumented workers because they were less likely to unionize. A Smithfield slaughterhouse in Tar Heel, N.C., took 15 years to unionize.

More than 5,000 meat and food-processing workers have been infected with or exposed to coronavirus. At least 20 have died.

“I lost him because of that horrible place,” said Angelita Rodriguez, whose husband, Augustin, a Smithfield employee in Sioux Falls, S.D., died after about two weeks on a ventilator.

More than 1,000 people have fallen sick from exposure tied to the Smithfield plant in Sioux Falls. A company spokeswoman blamed the size of the outbreak on immigrant employees with “living circumstances in certain cultures.”

ICE has repeatedly raided meatpacking plants after worker complaints. About 680 employees were arrested at seven poultry plants in Morton, Miss. in August 2019, the biggest workplace immigration raid ever in a single state.

Koch Foods owns the largest plant in Morton which employs more than 1,000 people. In 2018, Koch Foods paid $3.75 million to settle a lawsuit filed by the Equal Employment Opportunity Commission over allegations of sexual harassment and discrimination.

A Smithfield employee sued the company in federal court over working conditions at its plant in Milan, Mo.–including bonus payments that encourage employees to come In sick and not giving employees enough time to wash their hands. She asked that the plant be declared a public nuisance.

Smithfield asked federal Judge Greg Kays to dismiss the lawsuit, saying the issues created by the pandemic are “outside the conventional experience of judges.”

Today’s judges have not lived through plagues, but Kays and other judges like him who Trump will try to use to kill off immigrant workers in our country for the profit of meatpacking titans might look to how early Christians responded to plagues.

During the Plague of Cyprian in the mid-200s in Rome, agricultural production collapsed as farmers died, and people fled to the cities. Christians “heedless of danger … took charge of the sick, attending to their every need.”