Trump lashes out at Schumer after seeing him on MSNBC's Morning Joe: 'Stop complaining!' 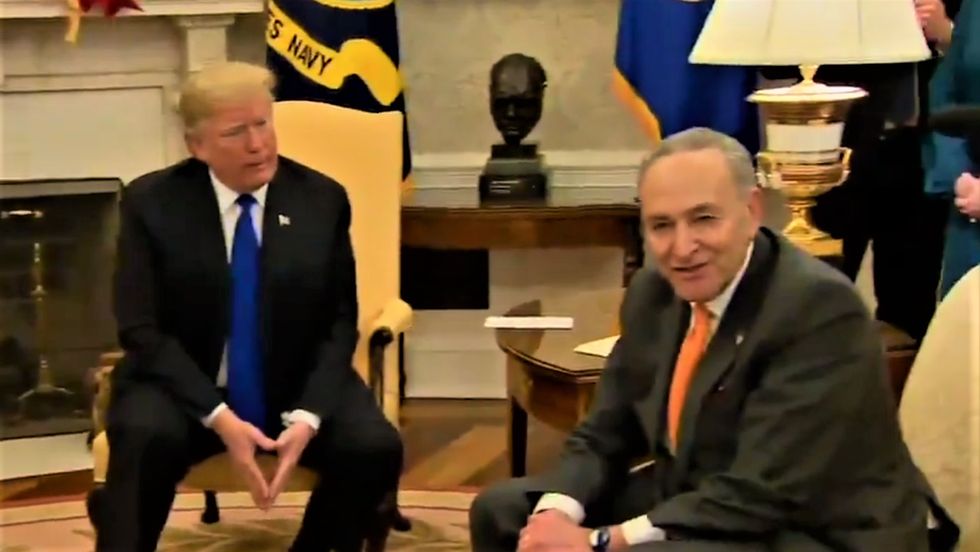 The New York Democrat appeared Thursday morning on MSNBC's "Morning Joe," where he called on the president to order increased supplies under the Defense Production Act and then appoint an official to coordinate those efforts.

"President Trump needs to harness industry to quickly produce more medical supplies and equipment under the Defense Production Act NOW," Schumer tweeted. "He needs to appoint a czar like a military or logistics expert to lead the effort to make and get the supplies where they’re needed."

It's not clear whether Trump saw the tweet or was watching the show, which he frequently does and often complains about, and reacted a few minutes later by attacking Schumer on Twitter.

"Somebody please explain to Cryin’ Chuck Schumer that we do have a military man in charge of distributing goods, a very talented Admiral, in fact," Trump tweeted. "New York has gotten far more than any other State, including hospitals & a hospital ship, but no matter what, always complaining."

"It wouldn’t matter if you got ten times what was needed," he added, "it would never be good enough. Unlike other states, New York unfortunately got off to a late start. You should have pushed harder. Stop complaining & find out where all of these supplies are going. Cuomo working hard!"