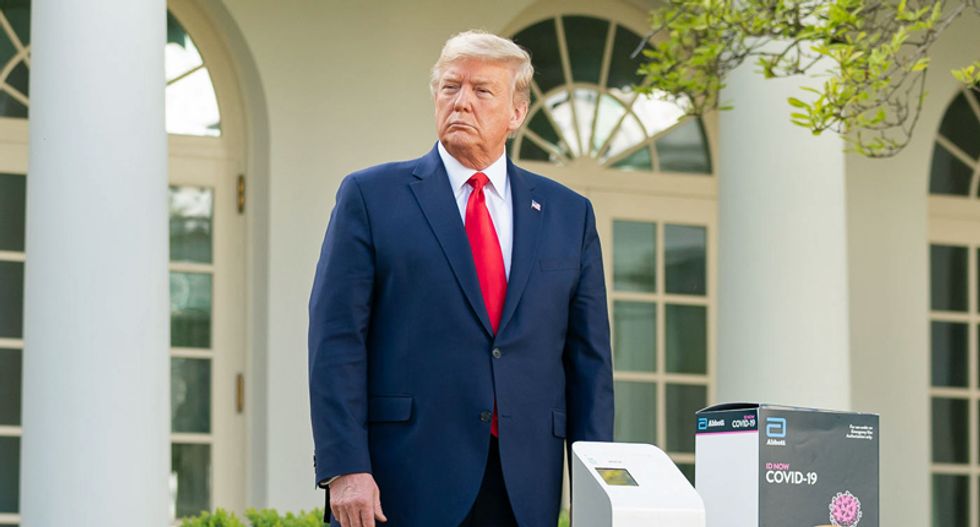 At Thursday's coronavirus press briefing, President Donald Trump remarked that only Republican-run states are managing their fiscal situations well, and appeared to suggest he was open to the proposal from Senate Majority Leader Mitch McConnell (R-KY) that blue states should be allowed to file for bankruptcy.

His comments drew immediate outrage, with many on social media pointing out his basic premise wasn't even right.

@joshtpm To paraphrase Buddy Rich, let's cut off federal tax dollars entirely and have each state fend for itself o… https://t.co/W5qmpdIEze
— Yardbird (@Yardbird) 1588283746.0

Following the lawsuit filed in New York state Wednesday against former President Donald Trump, political analysts from across the aisle weighed in on what would happen to the former president, as his legal troubles continue to build.

One such person was Maggie Haberman, a White House correspondent for the New York Times. Haberman has covered Trump extensively throughout his rise in politics, presidency, and post-presidency.

New York Times reporter Susanne Craig was anonymously mailed Donald Trump's tax information during the 2016 election after the candidate pledged that after he was audited he would turn over everything. Trump never turned over anything and it was only thanks to years of lawsuits that even the House Oversight Committee was finally able to see the information. She has become among the go-to people when it comes to investigating the finances of Trump and his businesses.

Speaking to MSNBC on a panel of reporters and experts about the New York attorney general's announcement Wednesday, Craig explained that the piece of AG Letitia James' investigation that will be difficult for Trump to explain is his appraiser.

Speaking on Fox News this Wednesday, former Attorney General Bill Barr reacted to the breaking news New York Attorney General Leticia James filing a lawsuit against Donald Trump, his three adult children, and his business empire, alleging that Trump violated the law in a scheme to enrich himself.

James is seeking to permanently bar the Trump family from conducting business in New York and is seeking $250 million in penalties.