Trump wants 1,000 West Point grads to return to a coronavirus hotspot just to hear him speak 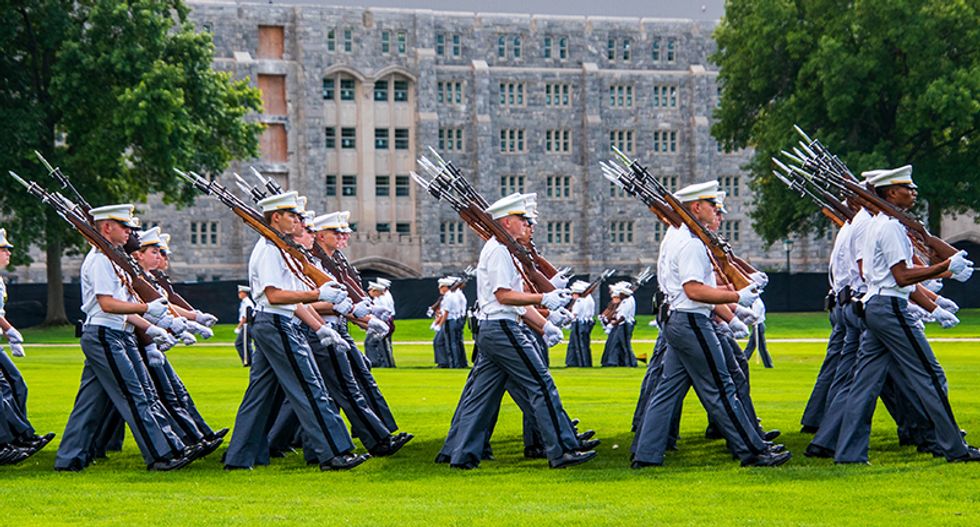 West Point Military Academy, America’s oldest military academy, changed its graduation this year because of the coronavirus epidemic. Instead of an in-person event, the academy decided to have a virtual commencement with Vice President Mike Pence as its speaker.

But the day before the virtual event, President Donald Trump “abruptly announced that he would, in fact, be speaking at West Point,” according to The New York Times. So now the academy is “summoning 1,000 cadets scattered across the country to return to campus in New York, the state that is the center of the outbreak.” to hear Trump speak there in-person on Saturday, June 13.

Keep in mind: West Point is located 60 miles north of New York City, and New York is the nation’s number one coronavirus hotspot with over 263,000 confirmed cases and 15,740 deaths so far.

While the seniors were going to have to return to campus at some point in order to “take final exams, pack up their belongings and out-process,” getting them back to campus will involve a lot of precautions and logistical planning.

Defense Secretary Mark T. Esper has had to request waivers for the graduating cadets to allow them to fly despite a national ban on travel for military personnel that continues through June 30. It’s unclear whether the graduates’ parents will be allowed to attend.

West Point superintendent Lt. Gen. Darryl A. Williams says seniors will be tested for coronavirus off-campus beforehand, and negative seniors will report to campus for 14 more days of monitoring before the graduation. Each senior will have their own dorm room to avoid contact with others, will have to wear face masks in public, and will be segregated in the mess hall when they eat.

Although a White House spokesperson has said that Trump or the academy could always reschedule or reassess his decision as June 13 creeps closer, especially if the epidemic worsens, Trump has said that he “did not like the look of a socially distanced graduation and that he hoped the ‘look’ of the ceremony would be ‘nice and tight.'”

But in order to keep everyone as safe as possible (after traveling cross-country on airplanes), the 1,000 graduating cadets and their instructors will need to sit six-feet apart from one another. It’s much ado just to so the president can address a military academy.