Trump's acting Navy secretary had to be ordered to apologize for his profane rant against fired captain: report 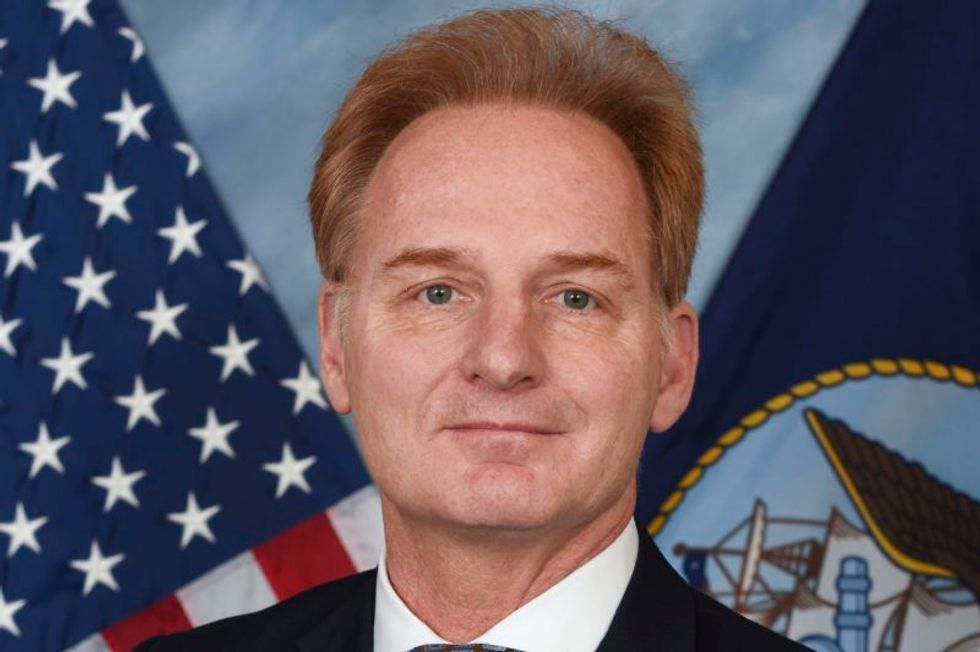 Acting Secretary of the Navy Thomas Modly was ordered to apologize on Monday night for his profane rant against Capt. Brett Crozier, who was relieved from his command of the USS Theodore Roosevelt after his dire warnings about COVID-19 infections aboard the ship leaked to the media.

According to Fox News national security correspondent Jennifer Griffin, Secretary of Defense Mark Esper "directed acting Navy Secretary Thomas Modly last night to write a letter of apology to the sailors onboard the USS Roosevelt just hours after the acting Navy Secretary said he stood by his profanity laced remarks."

Modly drew a firestorm of criticism after a leaked recording showed that he told the sailors aboard the USS Theodore Roosevelt that their former commanding officer had been "stupid" and "naive," while also claiming that he committed a "betrayal" of his crew by sending out his warning about COVID-19 infections on the ship to multiple people.

Many sailors aboard the ship can be heard jeering Modly in response, as one of them yelled, "What the f*ck!" and another yelled, "He was trying to help us!"

Modly apologized on Monday night but has so far resisted calls to resign from his position.