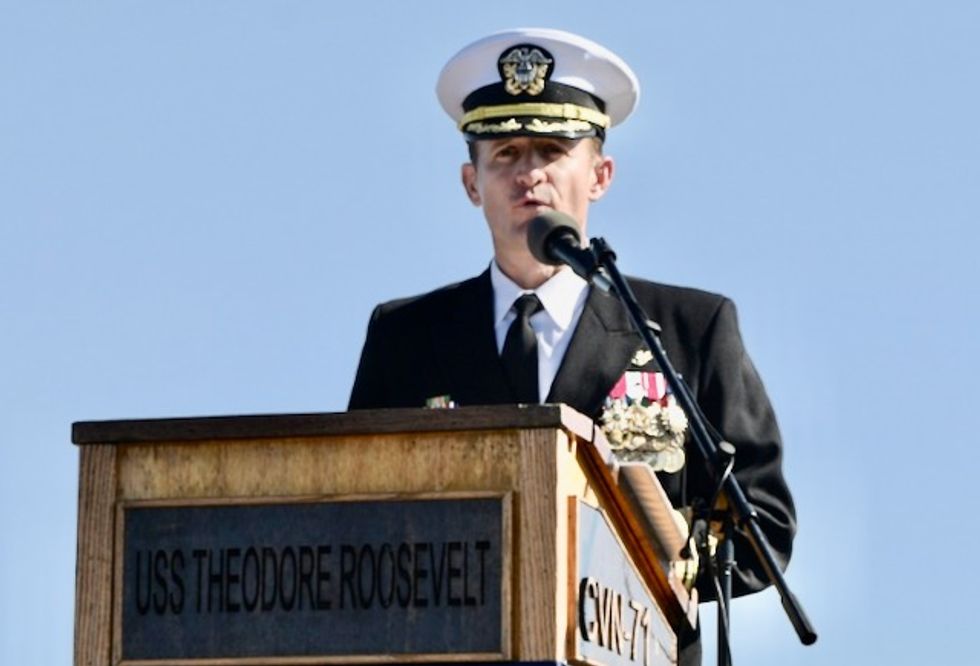 Thomas Modly, who serves as President Donald Trump's acting Secretary of the Navy, smeared Capt. Brett Crozier for purportedly leaking his dire warning about the health of his men aboard the USS Theodore Roosevelt to the media.

Even though Crozier received boisterous cheers from his own crew upon his departure from the ship, Modly told the service members aboard the USS Theodore Roosevelt that their former captain was "stupid" and "naive" in how he handled the situation.

In remarks obtained by CNN, Modly even went so far as to accuse Crozier of "betrayal."

"It was a betrayal," Modly said. "And I can tell you one other thing: because he did that he put it in the public's forum and it is now a big controversy in Washington, D.C."

Even though Modly brazenly insulted Crozier, he acknowledged that many of the people aboard the USS Theodore Roosevelt were fond of their former commanding officer.

"I cannot control or attempt to change whatever anger you have with me for relieving your beloved CO," Modly said, according to CNN. "I understand you may be angry with me for the rest of your lives."

Crozier’s original letter begged U.S. military brass to allow most of the sailors to leave the ship to prevent the spread of the virus.

"We are not at war," Crozier wrote. "Sailors do not need to die. If we do not act now, we are failing to properly take care of our most trusted asset: our Sailors."