Trump's path to re-election 'smashed to splinters' as his only achievement is swallowed up by the pandemic: report 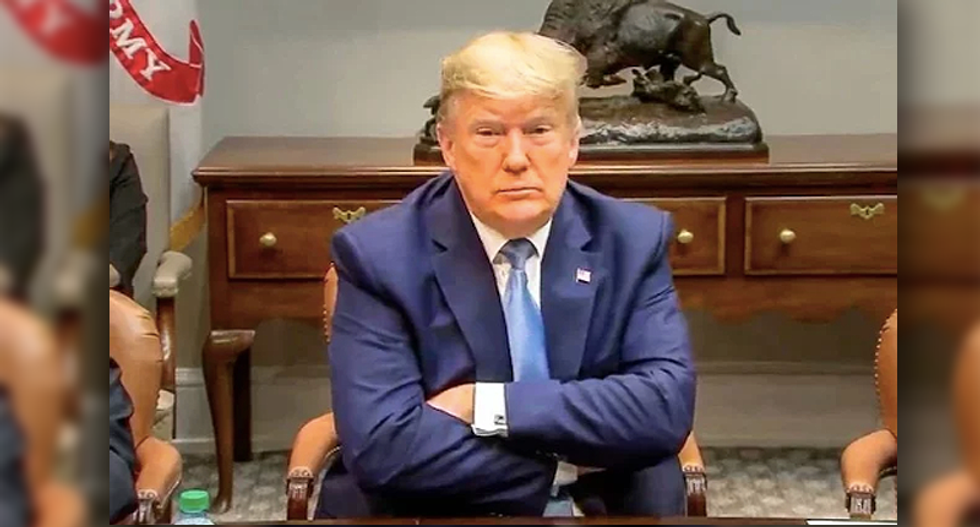 In a piece for Politico, Ben White writes that Donald Trump was going into November's election with only one achievement under his belt -- a healthy economy -- and now he has nothing left to run if he wants to be re-elected.

With all of the gains made in the stock market long gone due to the coronavirus pandemic and the collapse of oil prices, White claims that the president's campaign strategy lies in tatters.

"The fundamental pillars of Donald Trump’s presidency — a hot economy, strong job growth and a rocking stock market — are all being smashed to splinters by the ravaging coronavirus, which has shuttered much of the nation and now officially ended a streak of 113 months of job gains dating back to the end of the Great Recession a decade ago," he wrote before noting the explosion of unemployment claims -- over ten million so far -- that has the country reeling.

Saying the president is not entirely to blame for the pandemic -- despite evidence that his administration has botched its response and continues to flail -- White maintained that the collapse of the economy with no end in sight will drag the president down.

"The impact of his chief legislative achievement — a big tax-cut bill heavily focused on corporations — is now moot after mostly delivering stock buybacks and dividend payments rather than a boom in corporate investment. Perhaps the big increase in corporate investment would have eventually materialized. But now we will never know," he explained." Economic growth is dropping off a cliff, with estimates for a first-quarter decline of around 4 percent and a second-quarter plunge of 25 percent or more. Stocks have crashed around 30 percent since setting record highs in February. Oil prices are tanking, which means cheap gas but also a massive hit to the energy sector, slamming red states the hardest and undermining Trump’s boast of America’s energy dominance."

“The economic and social underpinnings of the Trump era are giving way to the economic logic of pandemics,” he explained. “In a clear-eyed, sober assessment, if on November 3, 2020 there are more than 100,000 dead and the unemployment rate is at 15 percent, Trump is not going to get reelected. We could resurrect George Washington and Thomas Jefferson and I doubt they could survive that either.”

"The brutal numbers expected in coming months could rally Washington to come up with another big, bipartisan rescue package. But by then it may be too late to boost Trump’s electoral prospects," White wrote before quoting Gregory Valliere, chief U.S. policy strategist at AGF investments, who bluntly stated, "If economists and the markets see a light at the end of the tunnel this fall, maybe Trump has a chance But much will depend on whether we’ll get a quick recovery, and that’s far from certain. A more likely scenario is a modest, halting recovery that may not accelerate until early next year. But that would be too late for Trump.”