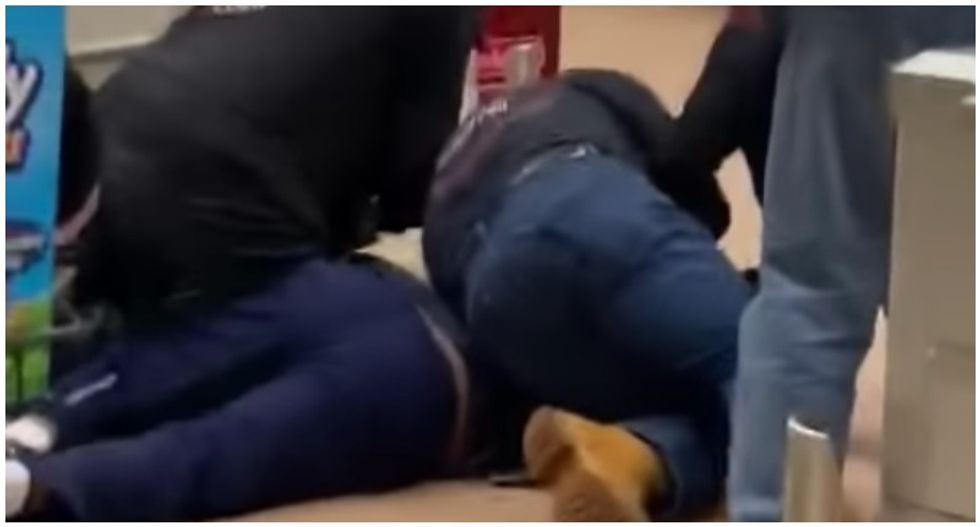 A man was tackled and held down by shoppers after he allegedly coughed and spit on produce at a Stop and Shop in Kingston, Massachusetts, CBS21 reports.

Cellphone video shows around two or three shoppers holding the man down after a scuffle. Witness told Kingston Police that the 65-year-old man from Duxbury was coughing and spitting while being confrontational.

Stop and Shop released a statement saying that any potentially affected product has been discarded and the store is conducting a deep cleaning and sanitizing of all impacted areas.

Police added that there's no evidence that the man had coronavirus.