Walmart hid that it was under criminal investigation for opioid sales: report 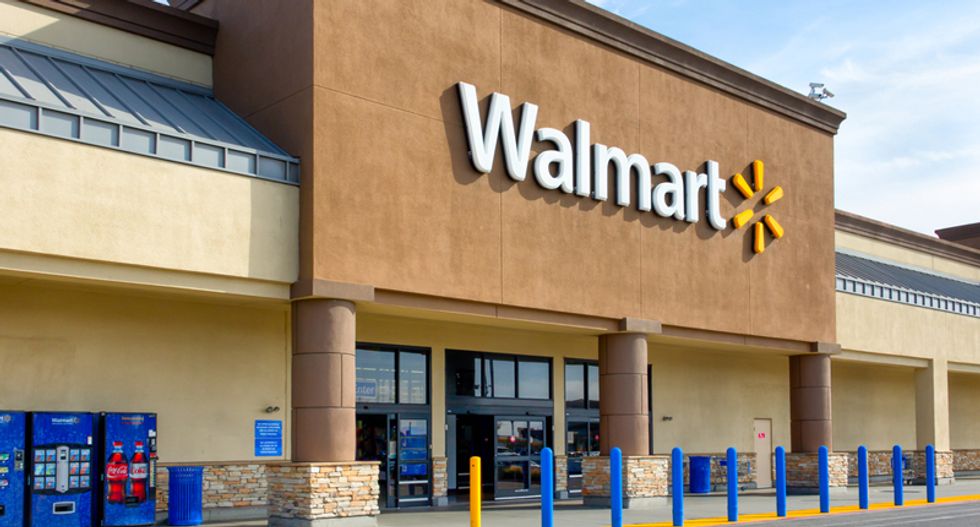 Walmart, a defendant in the massive lawsuit brought by states and municipalities around the country that accuses a broad range of companies of lax controls over opioid sales, failed to reveal that it had been under criminal investigation for similar conduct, according to plaintiffs in the case.

Linda Singer, a partner at Motley Rice, which represents multiple states, counties and municipalities in the litigation, alleges that the giant retailer engaged in “pervasive obstruction,” according to a letter sent late last month to the special master in charge of wrangling the evidence in the case, which is being heard in federal court in Cleveland.

The plaintiffs will seek to have the court sanction Walmart for its behavior.

In her letter to Special Master David Cohen, Singer cited a recent ProPublica article that revealed that the U.S. attorney of the Eastern District of Texas sought to charge the company criminally for its opioid dispensing practices. Walmart, which denies any criminality, avoided the charges by appealing to Trump appointees at the Justice Department, who repeatedly overruled the Texas prosecutors.

The plaintiff’s allegations echo prosecutors’ contentions that Walmart was flouting evidence requests during the federal investigation. Last fall, the Eastern District’s civil chief resigned in protest, accusing the company of failing to comply with a subpoena demanding information from the company.

Singer, a former attorney general for Washington, D.C., wrote that the company and Jones Day — the same law firm that represented Walmart in the federal investigation — have produced only 18,466 documents totaling less than 110,000 pages in a period of over two years in the litigation, compared with the company’s production of about 1 million pages of documents and over 6 million prescriptions in the Justice Department investigation, which began in late 2016.

Singer also faulted the company for not giving over information about Brad Nelson, the Walmart opioid compliance manager who became a criminal target in the federal investigation, despite the fact that plaintiffs had specifically requested information about him.

Last Thursday, the special master ruled in favor of the plaintiffs on claims relating to Nelson. He ordered the company to produce the documents. The special master did not indicate when he might rule on the other claims in Singer’s letter.

Walmart declined to respond in detail to Singer’s claims. In a two-sentence statement, spokesman Randy Hargrove wrote: “These allegations by the plaintiffs in the ongoing Opioid MDL litigation are without merit and are part of an ongoing discovery dispute. Walmart will respond to these claims under the process set forth by the Special Master.” Jones Day’s lead partner representing Walmart, Karen Hewitt, did not respond to a request for comment.

Walmart’s alleged lapses are “unusual and noteworthy,” said A. Benjamin Spencer, a law professor and expert on civil procedure at the University of Virginia School of Law. “Obfuscating or misleading adversaries and the court with respect to the existence of responsive material is sanctionable discovery misconduct.”

In an interview with ProPublica before he ruled on the dispute relating to Nelson, Cohen, the special master, declined to address the specific allegations. “In a litigation of this size,” he said, such evidentiary disputes are “within the range of normal. It’s called an adversarial process and it’s been adversarial.” He said that the plaintiff’s allegations were not “frivolous,” but hastened to add he was not saying they were meritorious either.

Courts have repeatedly punished Walmart for evidence abuses. In 2018, a federal judge in the U.S. District of Puerto Rico sanctioned the company for intentionally destroying important evidence, according to Bloomberg Law. The judge cited 18 other cases where the company had hidden evidence. One 1999 opinion by a Texas District Court judge found that Walmart “has chosen extreme discovery abuse as a litigation strategy” and concluded that “it seems Wal-Mart has yet to learn a lesson from the repeated imposition of sanctions.” Throughout the 1990s, the company had at least seven different sanctions for discovery and evidence violations. As recently as February, a Nueces County Court in Texas fined the company $35,000 for similar behavior.

In an email follow-up responding to this history, Walmart’s Hargrove wrote: “We take our discovery obligations seriously and the instances raised by ProPublica, some of which are more than 20 years old, do not reflect our high ethical standards or the careful and reasonable approach we take in litigation. As with any large company, Walmart has a substantial litigation portfolio. The number of cases involving litigated discovery disputes, and certainly those in which Walmart has been sanctioned, is miniscule compared to the number of cases Walmart litigates.”

In the multidistrict litigation, whose defendants include numerous opioid manufacturers and distributors as well as other pharmacy chains, the plaintiffs say they repeatedly requested that Walmart produce files on Nelson. Nelson was a manager in charge of informing the company’s pharmacists of opioid law and the company’s compliance policies. He also kept the Drug Enforcement Agency informed of instances where Walmart pharmacists refused to fill suspicious opioid prescriptions, as part of its compliance with a secret memorandum of agreement the company had reached with the DEA after earlier problems in Walmart’s painkiller distribution.

As ProPublica previously detailed, some of the Texas prosecutors at one point pushed to indict Nelson because of his role overseeing opioid compliance. Prosecutors uncovered an email Nelson wrote to a sales manager saying Walmart employee time was better spent “driving sales” than focusing on opioid compliance. (Nelson’s lawyer did not return multiple requests for comment for ProPublica’s initial article on the case.)

Walmart’s own account puts Nelson at the center of its opioid compliance efforts. The company said he was a vigilant compliance official who urged pharmacists to alert the company when they had refused to fill opioid prescriptions. It depicted him as a popular middle manager who was the first in the office every morning. He’d come in at 4:30 or 5 a.m. and spend the next three hours faxing refusals to fill to the DEA, the company said. After the effort, Walmart said, he would make morning popcorn for his colleagues.

Initially, in August 2018, the plaintiffs asked for records from Walmart’s “Health & Wellness Director of Controlled Substances.” A couple of months later, they requested files for the “Director, Health & Wellness Practice Compliance: 2006 – 2016.”

Jones Day responded that the title “Director, Health & Wellness Practice Compliance” “either did not exist or w[as] not held by individuals with relevant roles during [2006-2016],” according to the letter.

Yet those descriptions seemed to fit Nelson. He eventually held the title of Director of U.S. Ethics and Compliance within Walmart’s Health and Wellness Practice Compliance group.

In her initial letter, Singer contends that “the only reasonable inference is that Jones Day deliberately failed to identify Mr. Nelson as a person with knowledge of the claims at issue in this case and deliberately refused to produce Mr. Nelson’s documents in order to conceal damaging information.” She concludes that “Walmart’s and Jones Day’s conduct with respect to the production of Mr. Nelson’s documents raises serious questions as to the candor of their representations to Plaintiffs and to the Court.”

The plaintiffs make other claims as well. While the company told the government that it had investigated its practices and culled information from its “Investigative Risk Operations Center,” when the plaintiffs searched documents that Walmart had given over in discovery for any reference to that center, the search came back empty.

And while Jones Day told the federal government, in a letter on Aug. 10, 2018, about Walmart revenue and profit contribution from opioids, the law firm told plaintiffs that such data did not exist, the plaintiffs allege.