WATCH: Cuomo schools Trump after he demands 'less talk and more action' from the governor 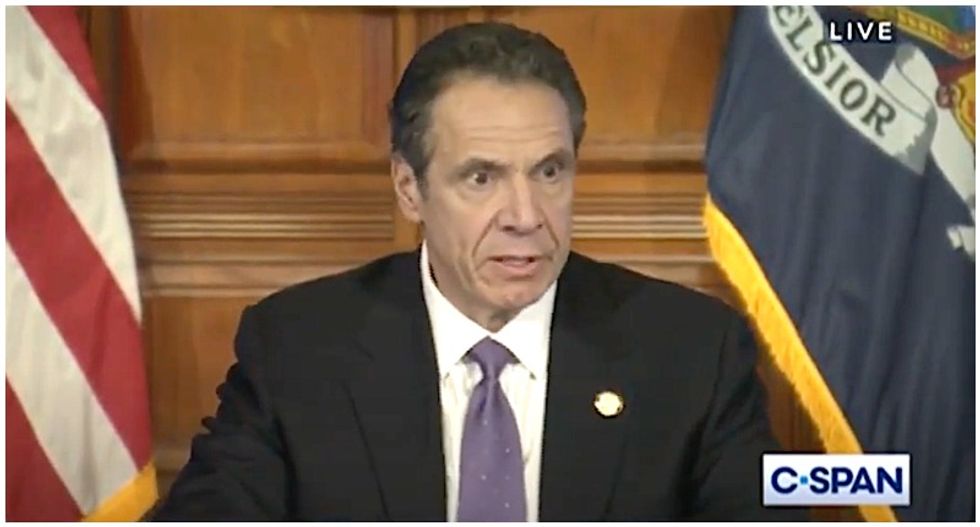 During his regular coronavirus briefing this Friday morning, New York governor Andrew Cuomo responded to a reporter's question regarding President Trump's recent accusations that New York is squandering its resources in its fight against the coronavirus pandemic.

Trump tweeted on Friday: "Governor Cuomo should spend more time 'doing' and less time 'complaining'. Get out there and get the job done. Stop talking! We built you thousands of hospital beds that you didn’t need or use, gave large numbers of Ventilators that you should have had, and helped you with testing that you should be doing. We have given New York far more money, help and equipment than any other state, by far, & these great men & women who did the job never hear you say thanks. Your numbers are not good. Less talk and more action!"

The governor was later asked about the president's comments during his daily briefing.

"First of all, if he's sitting at home watching TV, maybe he should get up and go to work, right?" Cuomo said. "Second, let's keep emotion and politics out of this, and personal ego, if we can, because this is about the people, it's about our job, and let's try to focus on that."

"I have said repeatedly that when we were fighting for the additional capacity for a hospital system that the president moved very quickly and I applauded him for it," Cuomo continued, before going on to refute Trump's various accusations.