WATCH: Meghan McCain tells The View to check their privilege as she defends gun-toting coronavirus protesters 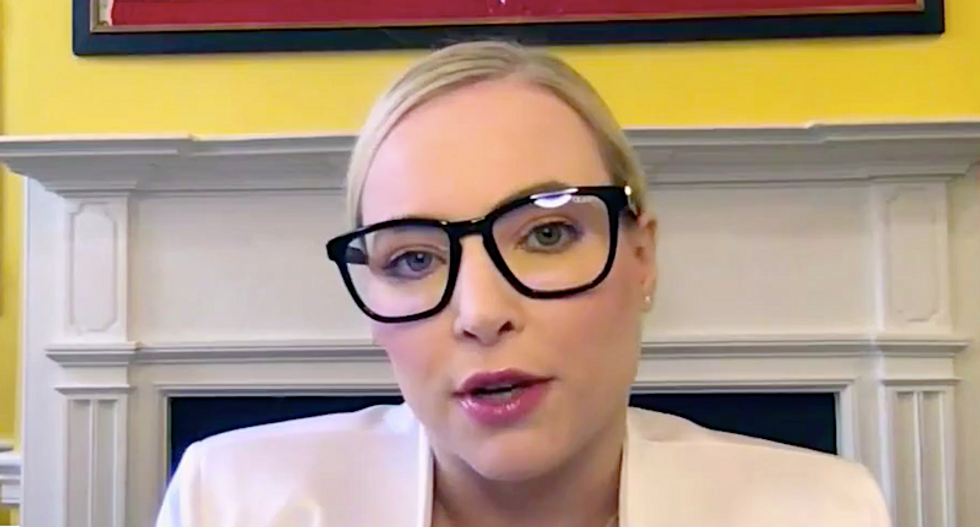 Other panelists were alarmed by the armed protesters, but McCain suggested coastal elites simply didn't understand why military-style weapons were so symbolically important to conservatives.

"I continue to be split on it because I see those kind of protesters with guns and I understand that for a lot of people watching this show, that may seem very foreign, and it may seem violent, but it's perfectly normal to me and it's perfectly legal in the states that they did it in," McCain said. "It's a culture symbol. Anybody bringing a gun to a rally is showing which side of the gun argument they're on, which, you know, is an argument that's being brought up in these type of protests."

McCain said rural conservatives resent outsiders telling them what to do.

"It sort of reminds me of the 'learn to code' controversy when politicians were going into places like West Virginia and telling coal miners who were out of work they needed to switch jobs and learn to code," she said.

McCain argued that the demonstrations were motivated by economic pain, although many of the protesters expressed frustration about the goods and services they were missing during the lockdowns.

"We are all lucky and need to check our privilege that we can work from home from a computer and we're gainfully employed," she said. "Nobody on the show needs to worry about how we're going to feed our family, if we're going to continue working, and there are a lot of people in our country who are in pain, who are out of work, who are losing their homes, and I think when people are scared and they are in pain, they start to panic, and it doesn't look like there's any resolution to this coming in the future. The president laid out his three-phase plan, and it hinges on whether the first phase works to get to the second, and when people looking down the barrel of the inability to feed their children, send their children to college, to possibly lose their homes, I understand the anger and the pain."

McCain allowed that easing up on social distancing too soon could prove disastrous, but she framed the debate as a cultural issue.

"Do I also understand that people don't want to infect other people?" she said. "I certainly don't want any more people to get sick or die. Obviously, I don't think anyone wants that, but I think there has to be some kind of balance with this, and there seems to be this -- again, culture war between people in the middle of country, and people on the coast, and for me, I have seen people in the media -- nobody on this show, but I have seen media figures complaining and talking about their fear, and for me, I want to say, check your privilege."

"You are not someone -- we are not people who are going to be impacted in the same way that somebody making minimum wage in the middle of the country is, and I think part of this is people reacting to a lot of the commentary that we have been seeing," McCain added.

Police officers in Perth Amboy, New Jersey, were the targets of criticism after a video showing them appearing to harass a small group of teens who were riding their bikes through town went viral.

"You guys are supposed to have licenses and all that kind of stuff," an officer tells the group. "Guys, we don't make the rules."