Why Boris Johnson won’t have to pay any hospital bills 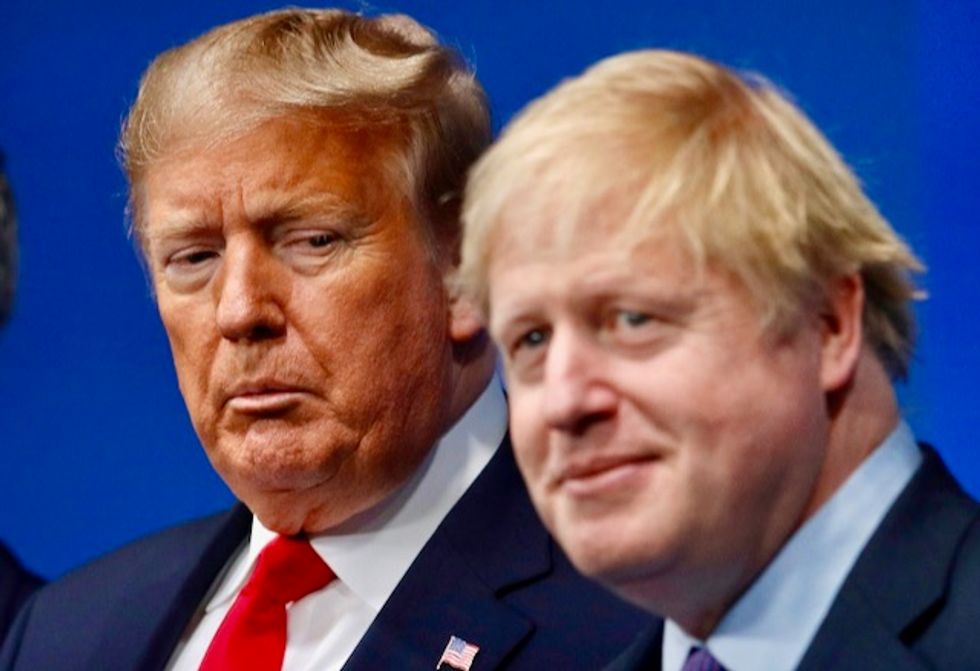 While British Prime Minister Boris Johnson recovers from a life-threatening bout of COVID-19 that hospitalized him for a week, including three nights in an intensive care unit, he won’t have to worry about medical bills.

He will be able to resume leading his country through the greatest crisis it has faced since World War II without that worry for one simple reason, and it’s not that he’s a high-ranking, powerful government official. It’s that he lives in the U.K.

The U.K.‘s National Health Service, which provides all types of health care – including pharmacies and primary doctors, dental and mental health care, sexual health services, ambulances and hospitals – does not charge for most services. There are modest fees for dental and vision care, as well as prescriptions. But in general, nobody collects patients’ insurance information or credit card details – because they don’t need to.

Nobody even has to argue with an accountant at an insurance company about whether a payment should be approved. More expensive treatments and medications are rationed to some degree, but not based on a patient’s ability to pay for the treatment or an expensive insurance plan that will cover it. Instead, the National Institute for Clinical Health Excellence makes cost-effectiveness recommendations about treatments based on how many years of good health will result from a particular approach.

Around 11% of Britons have some form of private health insurance to provide additional coverage outside the National Health Service. But the vast majority of British people don’t deal with insurance companies at all.

Instead, the NHS is largely funded by income taxes. It also gets some additional revenue from workers, who pay compulsory national insurance contributions, nominal charges for prescriptions, dental and eye care – and some extra fees like access to hospital parking lots.

The NHS covers all those designated as “ordinarily resident” in the U.K. – which doesn’t include tourists and undocumented immigrants, though they can still get emergency services and treatments for communicable diseases like tuberculosis or HIV and the coronavirus, in some cases for free. 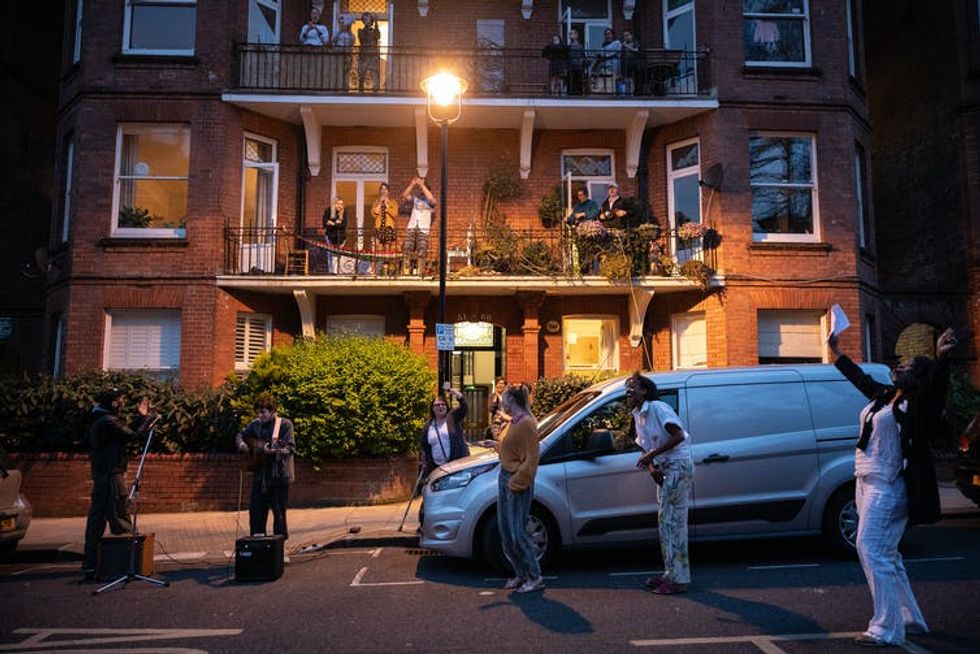 Residents of a London neighborhood cheer and clap to thank National Health Service workers for their efforts to fight the coronavirus outbreak.

The service itself is very popular, accessible and efficient: The Brexit movement Johnson led claimed that the country could invest in the National Health Service the millions of pounds it otherwise would send to the European Union.

While some people are frustrated with how the NHS is run, that may be due to consistent underfunding over the past decade. Since 2010, the Conservative Party, which Johnson now leads, has attempted to reduce overall government spending in the U.K.

It’s not yet clear what effect Johnson’s hospital stay may have on his desire to uphold his earlier commitments to boost NHS funding. But the public nature of his illness and recovery provides Americans with a close look at an alternative model of paying for health care.

Created in 1948, the National Health Service built on a pre-existing patchwork system of social services.

At the time, some local authorities like the London County Council offered public access to health care, but many others did not. By the mid-1930s, around half of workers – but not their families, who relied on charitable free clinics – could get government-run health insurance plans that provided physician services; employer-run or cooperative funds frequently met the cost of hospital treatment.

In 1942, Sir William Beveridge, a pioneering activist for the Liberal Party, the forerunner of the U.K.‘s present-day Liberal Democrats, laid out a plan for a different future. He released a report, “Social Services and Allied Insurance,” that identified five “evils” hindering the proper development of British society: “want,” “disease,” “ignorance,” “squalor” and “idleness.”

Beveridge urged the nation to fight those evils by developing a “cradle to grave” welfare state that provided health care, promised full employment and granted benefits to those in need.

The Labour government elected in July 1945, and headed by Prime Minister Clement Attlee, expanded on Beveridge’s ideas. Labour argued that a universal welfare state, particularly a National Health Service, could provide “for the most far-reaching extension of social citizenship” in British history, forging a new sense of national community through equal access to publicly funded social services.

British Prime Minister Clement Attlee lays out his principles in a 1951 speech.

A cure for society’s ills

At the center of this reimagined, fairer nation was the National Health Service. On July 5, 1948, this new system of government-run health boards took control of most of the country’s 3,000 or so hospitals.

From the start, the NHS was intended for everyone. Attlee’s Health Minister Aneurin “Nye” Bevan wanted to “universalize the best” health care in Britain, making it free and available to all on the basis of need rather than wealth.

Speaking in 1951, toward the end of his tenure as prime minister, Labour leader Attlee declared his pride in the “new Jerusalem,” a society of equality and prosperity, that his government had built in the U.K. 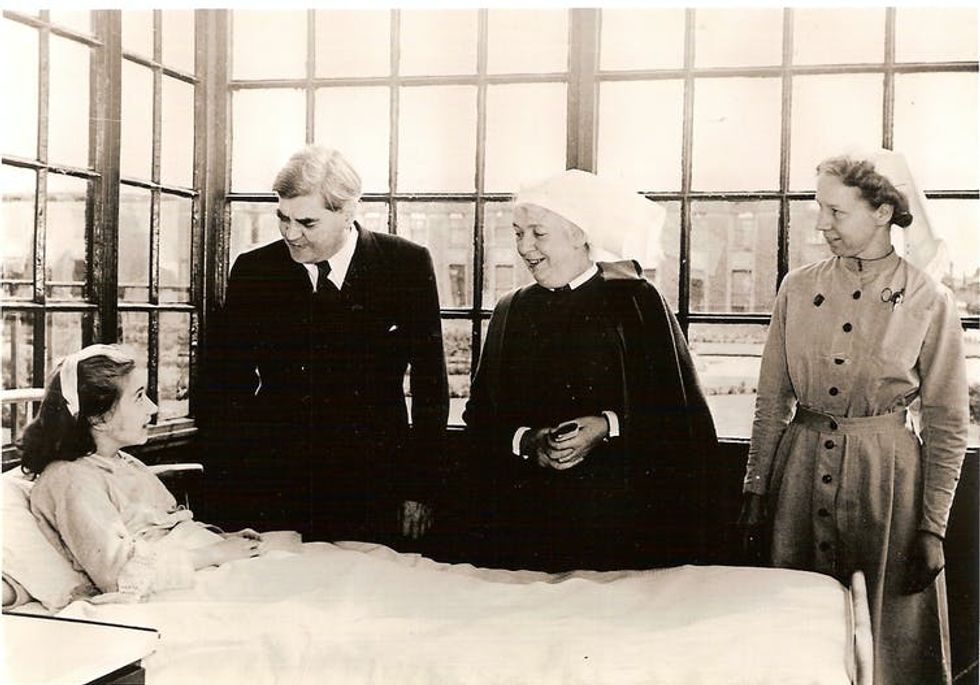 Few changes, with service for all

The private sector is more involved in health care now than it was then, largely in eye and dental care, and with private companies doing cleaning and food distribution in hospitals. But core NHS services like doctor’s visits and hospital treatment remain free.

Even the pro-market Thatcher governments dared not privatize health care. Nigel Lawson, a keen supporter of economic liberalization, who was chancellor of the Exchequer between 1983 and 1989, complained that the NHS was “the closest thing the English people have to a religion.”

That religion, and Bevan’s dream, remains strong today. When Boris Johnson fell ill with the coronavirus, he did not enter an exclusive private health care facility. Instead, he was admitted to St. Thomas’, a major teaching hospital located in the center of London.

The appeal of the NHS is its universality. Everyone, rich or poor, receives the same treatment. Although polling is sparse, a survey conducted by YouGov in 2017 found that 84% of people thought that the NHS should remain publicly funded. Another YouGov poll in 2018 found that just 4% of people supported a system similar to that found in the United States, where private insurance and wealth largely determines who can access medical care.

Johnson may once have been skeptical about people who get sick – a former colleague describes him as viewing illness as “a form of moral weakness” – but he now has the chance to learn Attlee’s lesson: Illness can strike anyone, and everyone deserves top-notch medical care.