Widespread horror over cop caught on tape punching kid: 'This guy needs to go to jail' 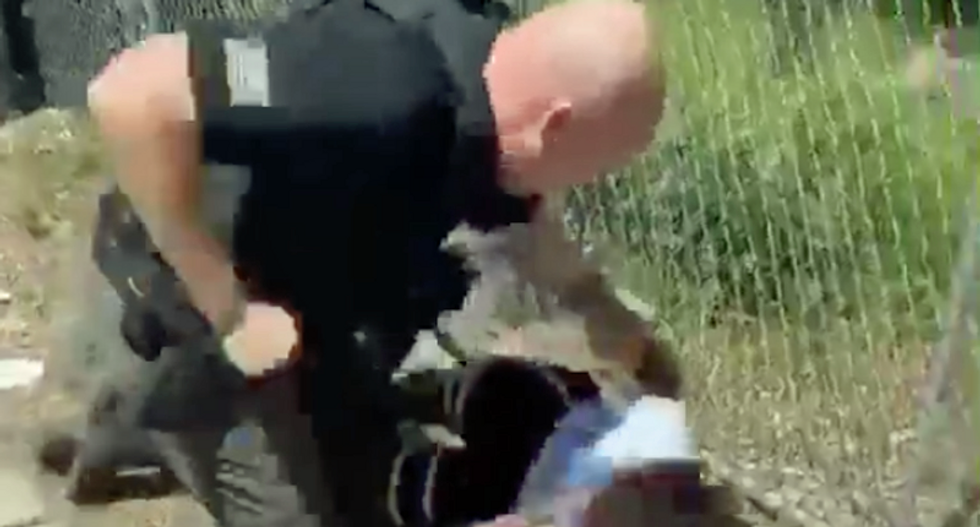 Sen. Kamala Harris urged accountability for one of her own constituents after graphic video was posted online that reportedly shows a Rancho Cordova Police Department office beating a 14-year-old child.

“This is a horrific abuse of power. This officer must be held accountable,” Harris said of the video.

After the former California attorney general posted her comments, others chimed in as the video spread across the internet.

Here's some of what people were saying.

@SenKamalaHarris He’s a rabid animal & he should be treated exactly like one. We need harsh, aggressively-enforced… https://t.co/l2gMNBa1VQ
— Mark Hughes (@Mark Hughes) 1588118989.0

@SenKamalaHarris I’ve said this before, for officers like this, encounters with people of color become all about subjugation.
— Z-Diddy™ (@Z-Diddy™) 1588121788.0

Watching these scenes never gets easier. In the midst of the coronavirus pandemic, let's not forget that injustice… https://t.co/Vh0lkUcWWm
— HawaiiDelilah™ (@HawaiiDelilah™) 1588119409.0