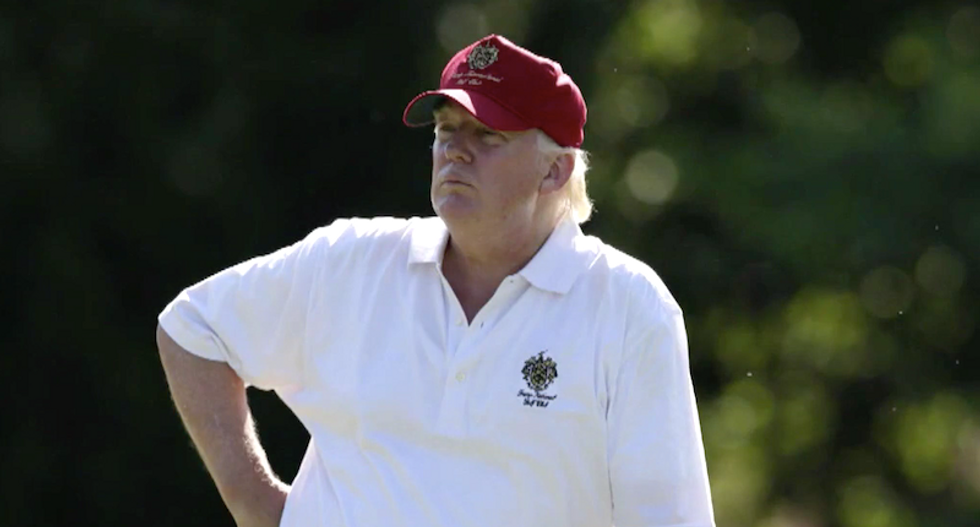 Donald Trump was being raked over the coals on Saturday morning after it was reported that he headed out to the golf course as the U.S. death toll from the coronavirus pandemic nears the 100,000 mark.

According to Bloomberg, "Trump arrived at the Trump National Golf Club in suburban Virginia around 10:30 a.m. on Saturday. He was spotted earlier wearing a white polo shirt and signature white 'Make America Great Again' cap. The White House doesn’t always confirm Trump’s activities while at his golf courses."

That brought about a deluge of commenters expressing disgust with the president, as you can see below:

@BrianKarem @realDonaldTrump What trump does means nothing anymore. He is the epitome of bad.
— sharonwhotweets (@sharonwhotweets)1590244922.0

@BrianKarem @realDonaldTrump What trump does means nothing anymore. He is the epitome of bad.
— sharonwhotweets (@sharonwhotweets)1590244922.0