Al Sharpton busts Trump's hypocrisy on Morning Joe: 'He chased Joe Scarborough like a hungry dog behind a bone' 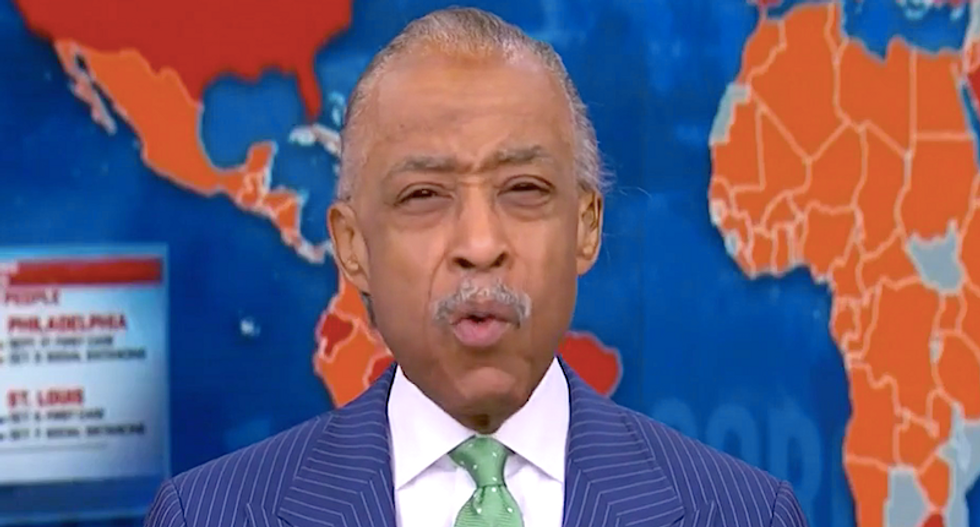 The Rev. Al Sharpton called out President Donald Trump for groveling for Joe Scarborough's approval for years, only to turn around and baselessly accuse him of murder.

The president claimed he'd always been haunted by the possibility that the "Morning Joe" had been involved in the 2001 death of former congressional staffer Lori Klausutis, but Sharpton dismissed that as nonsense.

"There's an aspect of this that we miss," said Sharpton, an MSNBC contributor and longtime Trump acquaintance. "That is, I don't believe that President Trump for one minute believes what he's saying, which makes it even more cynical. The fact of the matter is, all my life I've been an advocate and I've fought people and accused people of doing things that I believe were wrong politically or racially, but I didn't run behind them, socialize with them, invite me to their house."

"He doesn't believe it, what makes it even worse, that he would use the death of this young lady and her family as props because he wants to get back at a political critic that he once ran behind, sucked up to and do everything he could to befriend," Sharpton added, "and when that person stood up and did their job and that is a journalist and called it like they see it, he's going to imply that they had something to do with something criminal? I think that that shows a cynical, ruthless side of this man that many of us that have been critical of him didn't even expect he would be that ruthless."