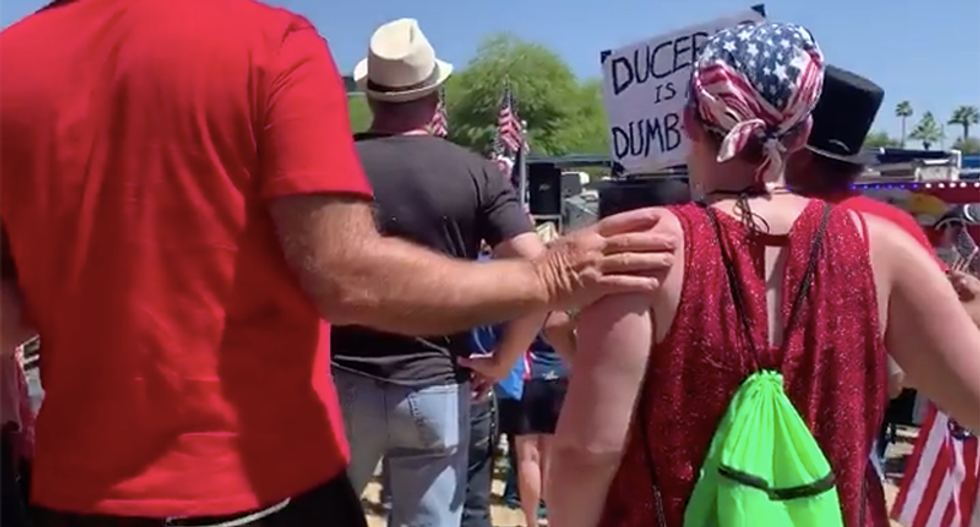 At the end of the rally to reopen in Arizona Sunday, the speaker urged the audience to join hands and touch each other while they sang "Amazing Grace."

Very few of the attendees were wearing masks and it didn't appear anyone was wearing gloves.

Another man decided to break social distancing and provide free hugs to people. While the action may have been a popular option pre-COVID, after the virus spread, it isn't exactly a safe option.

“The best way to fight for freedom is with love,” said Phoenix-area resident Zhani Doka. “I like hugs...I want to bring back the ability to show affection, I think that is a horrible consequence of this pandemic ’cause we can’t hug each other anymore.”

Arizona hit its peak infection rate on April 30, just three days before the rally. It hasn't fallen much since then.

See the video of the rally below: