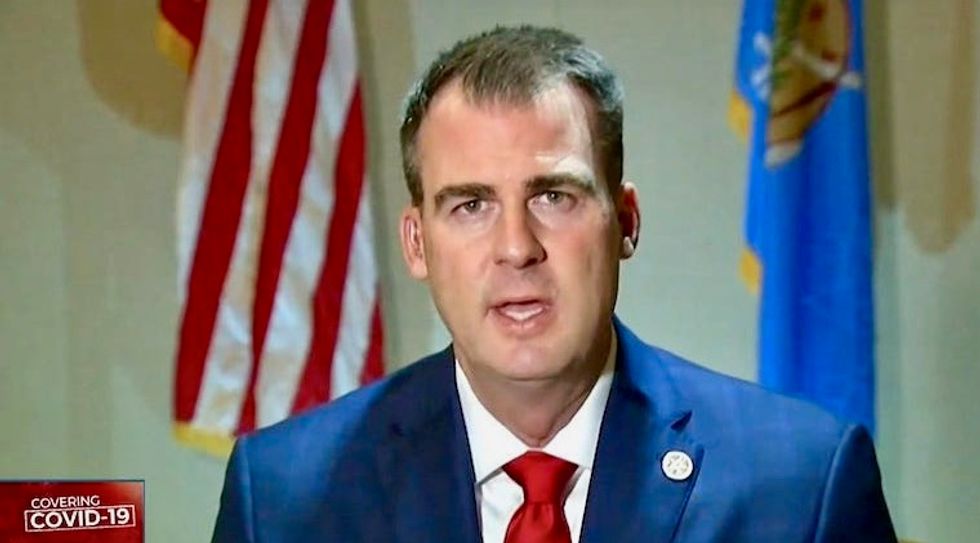 While the number of newly confirmed coronavirus cases in Oklahoma yo-yos between 70 to 100+ each day, the state's Republican-controlled legislature made it a priority to pass a needlessly stigmatizing law requiring anyone handling human remains to be notified if a recently deceased person is HIV-positive.

Even though the bill is ostensibly meant to reduce possible infections, it's not exactly clear what made this bill such a priority nearly 40 years after the start of the HIV epidemic. Nevertheless, Republican Oklahoma Governor Kevin Stitt signed House Bill 4041 into law on Thursday and the law will go into effect on November 1, 2020.

The bill seems all the more redundant, according to Allie Shinn, executive director of the LGBTQ advocacy group Freedom Oklahoma, because, as Shinn explains:

"There are already so many guidelines in place for the safety of people who are handling human bodies and human remains. They are adequate safety measures, and they are safety measures that are in place that also treat the body with respect.

What this law would do is not make anybody safer. What it would do is lead to incidents of discrimination and revive tired stereotypes and stigmas that will harm people living with HIV."

Oklahoma has the 31st highest rate of HIV among all U.S. states. It's also one of 34 U.S. states with laws criminalizing the sexual behavior of HIV positive people to ostensibly prevent deliberate transmission of the virus. However, such laws were drafted during the panic of the 1980s and '90s HIV epidemic and are predominantly used to harass and target queer men of color.