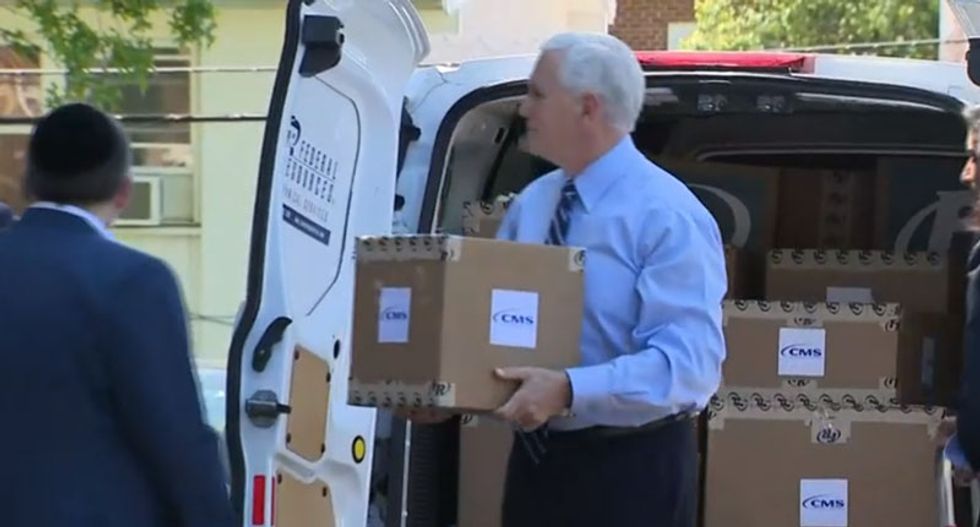 Late night host Jimmy Kimmel recently mocked Mike Pence, in charge of the President’s Coronavirus Task Force, after the vice president was caught on a hot mic asking if he could carry empty boxes of personal protective equipment (PPE) off a van and into the front door of a nursing home “for the cameras.”

“Here he is, with no mask on, wheeling boxes of PPEs into a health care center, and doing his best to lift them,” Kimmel said, narrating the video. “What a hero.”

“And since it was going so well, and also because he didn’t realize he had a mic on, Magic Mike decided to keep it going.”

Someone tells Pence, “Those are empty sir.”

“Well, can I carry the empty ones, just for the camera?” Pence asks.

Kimmel, however, faced a backlash from critics who accused the comedian of making it appear as if Pence had only delivered empty boxes of protective equipment.

A spokesman for Pence tweeted: "This is absolute garbage spread by @JimmyKimmel. Pence is clearly joking about empty boxes & if Kimmel showed the full clip from CSPAN, not the one he selectively edited, you see and hear it."