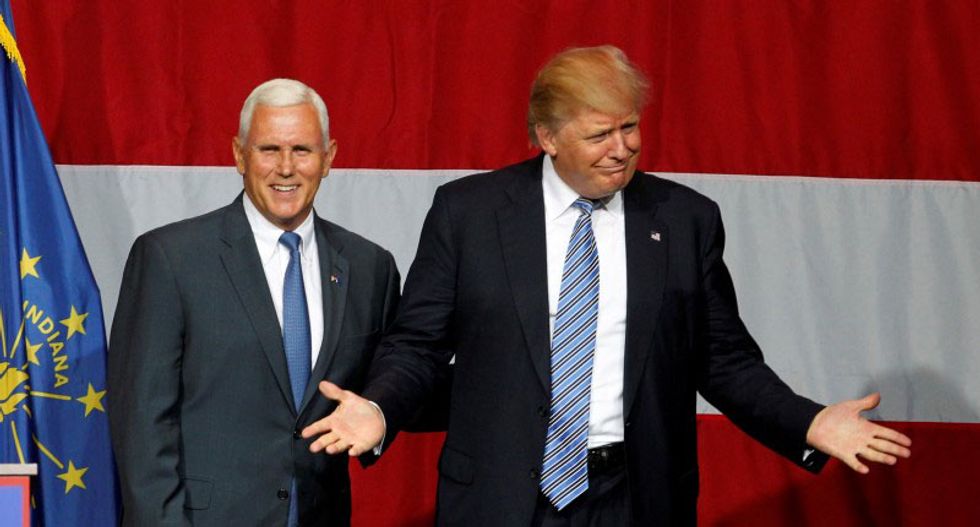 The Trump campaign has not returned an illegal donation it received from a foreign national in 2019, records from the Federal Election Commission (FEC) show. It is the campaign's only known illegal foreign contribution.

Rabia Kazan, a Turkish writer and author living in the U.S. on a student visa, made a $2,800 campaign donation in exchange for access to a March 2019 event at Mar-a-Lago featuring the president. The contribution was first reported this February in BuzzFeed News.

But FEC records show that the campaign has not yet disgorged that money, as required by law.

"This is actually one of the rare areas where election law is quite clear," Ciara Torres-Spelliscy, professor of election law at Stetson University, told BuzzFeed when asked about Kazan's contribution.

"Unless you've got a green card, foreign nationals can't give money to campaigns, and campaigns can't accept that money," she added.

Rick Hasen, an election law expert at the University of California - Irvine, pointed out that it could be difficult to meet the legal bar of "willful intent" on behalf of either the donor or the recipient. But the Trump campaign has been aware of Kazan's status for more than two months.

Kazan, who for years was a familiar face at the Trump International Hotel and on the MAGA-world booster circuit, renounced the president and his supporters last year as a "cult." She had been harassed, accused of espionage, threatened with deportation and even shaken down for cash.

Kazan was unaware that the donation was illegal until BuzzFeed contacted her in January. She made the donation on the Trump Victory website, the official joint fundraising vehicle shared between the campaign and Republican National Committee. Trump Victory transferred the money to the Trump campaign account the same day, FEC records show. This transfer was in Kazan's name, and the donation is attributed to her — not to Trump Victory.

Trump Victory restored Kazan's money after BuzzFeed went to press, according to a receipt of the transaction an RNC spokesperson shared with Salon. It appears from recent FEC filings, however, that Kazan's money may still be on the campaign's balance sheet.

Though $2,800 may seem like a paltry sum in comparison to the campaign's $98.4 million cash on hand, Trump Victory appears to have covered a refund to the Trump campaign's only known foreign donor on behalf of the campaign in a possible attempt to shield it from allegations of wrongdoing — while at the same time leaving it in possession of the illicit funds.

Though Trump Victory was transparent about the refund, it repeatedly refused to address the campaign side of the transaction. When asked whether Kazan's contribution was still on the campaign's books, a committee spokesperson replied: "Is Kazan claiming there's money she donated that wasn't returned? If not, what is the issue here?"

Kazan does not make that claim. Trump Victory restored Kazan's money on Feb. 6, 2020, to the Visa account she used to make the payment.

Instead, Trump Victory filed the repayment as an individual contribution — a negation of Kazan's March 2019 donation, commonly known as a chargeback.

"The reason why it appears as a negative contribution vs. a refund has to do with mode of giving (chargeback vs. refund)," a Trump Victory spokesperson said in an email. "In this case, Kazan had given her credit card so we were able to 'chargeback' her contribution to her card. If she would have given by check, it would have been treated as a refund."

"This is standard treatment across most entities and organizations," the spokesperson added.

Asked if this was true of all refunds from the Trump camp, the spokesperson declined to comment.

However, Kazan's name does not appear as the recipient of any Trump campaign disbursements. Trump Victory appears in only one campaign disgorgement — of $801, dated Feb. 21, 2019, two weeks before Kazan made her $2800 donation.

Further, the FEC receipt for Trump Victory's rebate to Kazan does not show that her original donation was a transfer to the Trump campaign, as the donation receipt does. The campaign appears to have been cut out of the transaction entirely.

Trump Victory has not done this for other similarly negated chargebacks, such as an illegal over-donation from Mike Lindell, the CEO of the My Pillow Company, which Trump Victory transferred to the campaign in October 2016.

The Trump campaign did not respond to Salon's requests for comment. The White House did not immediately respond, either.

After multiple requests for comment, Trump Victory did not explain what happened to the $2,800 transferred to the campaign's balance sheet and declined to provide any internal documentation beyond its receipt to Kazan.

"I made the donation, and Trump Victory returned it," Kazan told Salon. When reminded that her money ended up not with Trump Victory but with the Trump campaign, she replied: "Yes, I see. They kept it."

An FEC official referred questions back to Trump Victory and the campaign, adding: "Anyone can file a complaint if they think a violation of campaign finance law or Commission regulations has occurred."