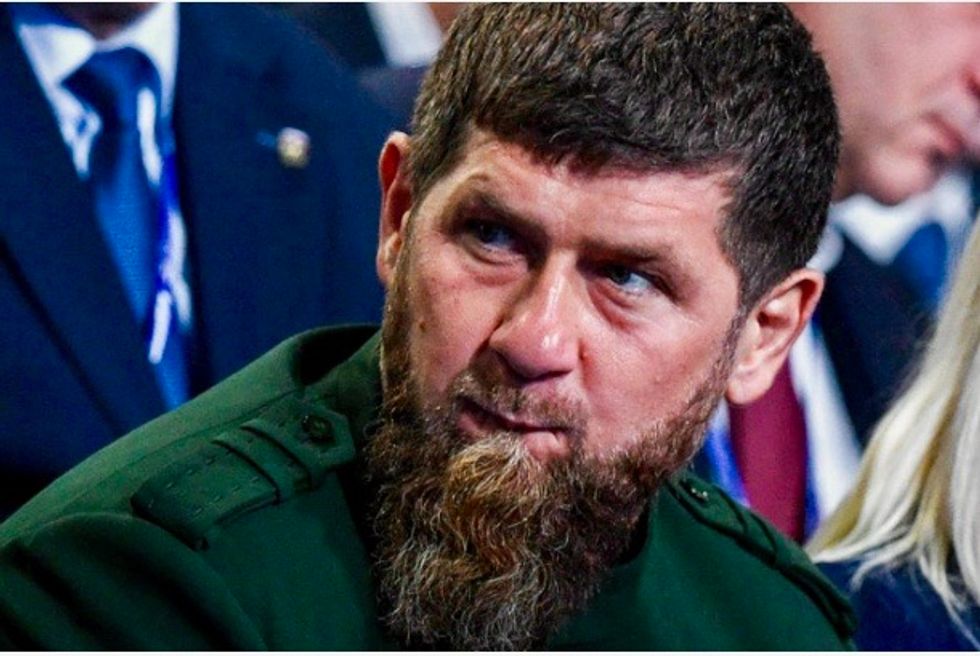 The strongman leader of Russia's southern Chechnya region, Ramzan Kadyrov, was in a hospital in Moscow on Thursday suffering from suspected coronavirus, news agencies reported.

"Ramzan Kadyrov was taken by plane to Moscow with a suspected case of coronavirus. Now (he) is under medical supervision," state news agency TASS reported, citing a medical source who said Kadyrov was in a stable condition.

News agency RIA Novosti also quoted a medical source as saying that Kadyrov, 43, was in hospital in Moscow, while Interfax quoted a Moscow medical source saying he was being treated and was "suspected of having coronavirus".

If confirmed, Kadyrov would be the latest senior Russian official to contract the virus after Prime Minister Mikhail Mishustin, Kremlin spokesman Dmitry Peskov and several ministers.

There was no immediate comment from officials in Chechnya or Moscow on the reports he was infected.

RIA Novosti quoted an aide to Kadyrov, Grozny television chief Akhmed Dudayev, as saying the Chechen leader "is in personal control of the work of the coronavirus headquarters", without commenting on reports of his hospitalization.

A crucial ally of Russian President Vladimir Putin, Kadyrov took power in Chechnya after his father Akhmat Kadyrov was killed in a 2004 bomb attack.

Both father and son had fought against Moscow during the first bloody separatist conflict in Chechnya from 1994-96 but switched sides to support the Kremlin when it launched a second war there in 1999 under the watch of then prime minister Putin.

Kadyrov calls himself a "foot soldier" but is widely thought to enjoy carte blanche from Moscow, which turns a blind eye to heavy-handed tactics in his North Caucasus fiefdom in exchange for loyalty.

He has taken a characteristically high-handed approach to the coronavirus, calling doctors who complained of a lack of protective equipment "provocateurs" who should be fired.

Kadyrov said that people who broke coronavirus quarantine should be "killed," and compared Chechens who did not self-isolate and infected others to "terrorists" who should be buried in pits.

He also threatened a Russian journalist who reported that Chechens were battling the virus in their homes instead of seeking support from ill-equipped hospitals because they feared punitive reprisals from overbearing law enforcement.

Russia has recorded 3,099 coronavirus deaths and 317,554 infections, the second-highest number of cases in the world after the United States.

Despite the high number of infections, Russians officials say the situation is stabilizing and the mortality rate is low, and have begun easing lockdown measures in many parts of the country.