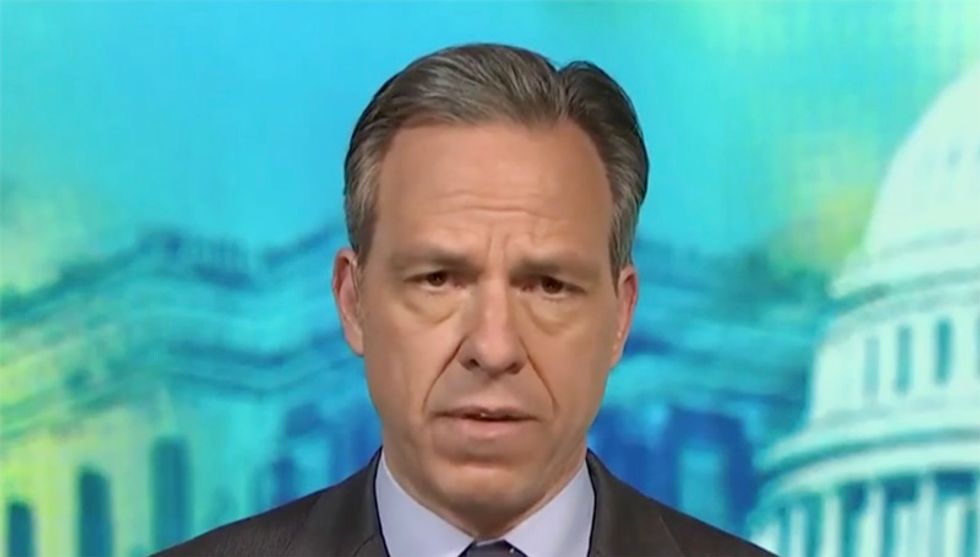 CNN's Jake Tapper used his opening comments on Sunday's "State of the Union" to criticize Donald Trump and his team for "smearing" his critics, saying the attacks are "deranged" and "unmoored from reality" among other criticisms.

After first noting how the coronavirus was still pummeling the country and approaching 90,000 U.S. deaths, Tapper praised former President Barack Obama for his Saturday night TV address to graduating students --where he also took a veiled swipe at Trump -- before turning to the president.

"The criticism from Obama comes at a time when President Trump and his team are launching an unprecedented smear campaign against any rival, ranging from bizarre false conspiracy theories to spreading false allegations of pedophilia to even suggesting one TV anchor committed murder," Tapper stated. "These smear campaigns are unmoored from reality, they're deranged and indecent and seem designed to distract us from this horrific health and economic crisis."

"It is that pandemic we'll focus on today," he added before beginning an interview with HHS Secretary Alex Azar

You can watch his opening below: