Columnist: America is a country ‘to be pitied’ for its ‘dysfunctional’ coronavirus response 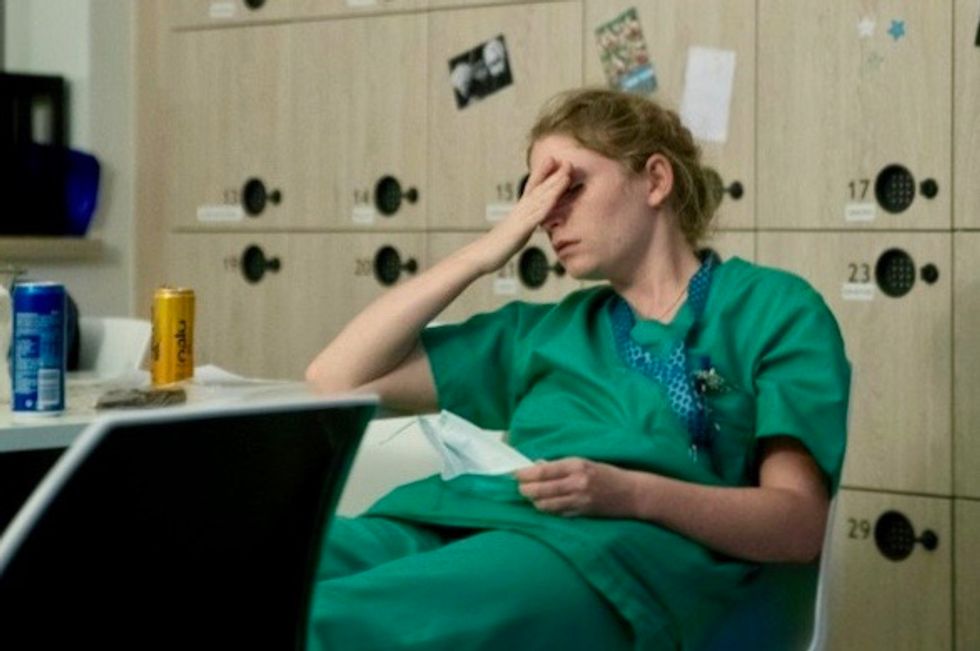 Liberal Washington Post columnist Eugene Robinson has made no secret of his views on President Donald Trump’s response to the coronavirus pandemic, but his May 14 column is especially sobering — and he lays out some ways in which Trump and his administration have been dropping the ball during the worst global health crisis in over 100 years.

“Only a handful of nations on Earth have arguably done a worse job of handling the coronavirus pandemic than the United States,” Robinson asserts. “What has happened to us? How did we become so dysfunctional? When did we become so incompetent? The shocking and deadly failures by President Trump and his administration have been well documented — we didn’t isolate, we didn’t test, we didn’t contact-trace, we waited too long to lock down. But Trump’s gross unfitness is only part of the problem.”

Robinson goes on to say, “The phrase ‘American exceptionalism’ has always meant different things to different people — that this nation should be admired, or perhaps that it should be feared. Not until now, at least in my lifetime, has it suggested that the United States should be pitied. No amount of patriotism or pride can change the appalling facts. The pandemic is acting as a stress test for societies around the world, and ours is in danger of failing.”

To be sure, the U.S. has become the coronavirus hotspot of the world. The coronavirus pandemic, according to researchers at John Hopkins University in Baltimore, has killed more than 302,000 people worldwide (as of early Friday morning, May 15). And more than 85,900 of them are in the United States.

“I’m used to thinking of a nation such as South Korea as a kind of junior partner, a beneficiary of American expertise and aid,” Robinson explains. “Yet the U.S. death toll from COVID-19 exceeds 85,000, while South Korea’s fatalities total 260. That is not a typo. How could a nation with barely half our per capita income have done so much better? Washington has been Seoul’s patron and teacher for more than six decades, yet somehow, we apparently have unlearned much of what we taught.”

Some Republicans, Robinson laments, are doing amazingly stupid things that will promote the spread of COVID-19 in their areas — for example, the ones on the Wisconsin State Supreme Court.

“On Wednesday,” Robinson laments, “the Wisconsin Supreme Court invalidated Gov. Tony Evers’ (D) extension of his stay-at-home order. By evening, bars in some Wisconsin cities were packed — no social distancing, no masks. In Milwaukee and several other jurisdictions, however, orders by local officials kept the bars closed. What are the Wisconsin cities that remain closed supposed to do? Set up roadblocks to keep outsiders away?”

The coronavirus death toll in some European countries has been staggering, although lower than the U.S. — for example, over 33,600 deaths in the U.K., more than 31,300 in the Italy and over 27,000 in both Spain and France (according to Johns Hopkins). But Robinson notes how proactive some EU countries have been when it comes to taking care of businesses and workers financially.

“In the Netherlands, for example, the government is granting employers up to 90 % of their payroll costs so they can keep paying their workers rather than resort to furloughs or layoffs,” Robinson observes. “That kind of continuity ought to speed recovery when reopening becomes safe.”

Robinson concludes his column on a depressing note, asserting that the pandemic underscores the United States’ inability to handle a crisis under the Trump Administration.

“The COVID-19 pandemic has exposed the depth of America’s fall from greatness,” Robinson writes. “Ridding ourselves of Trump and his cronies in November will be just the beginning of our work to restore it.”