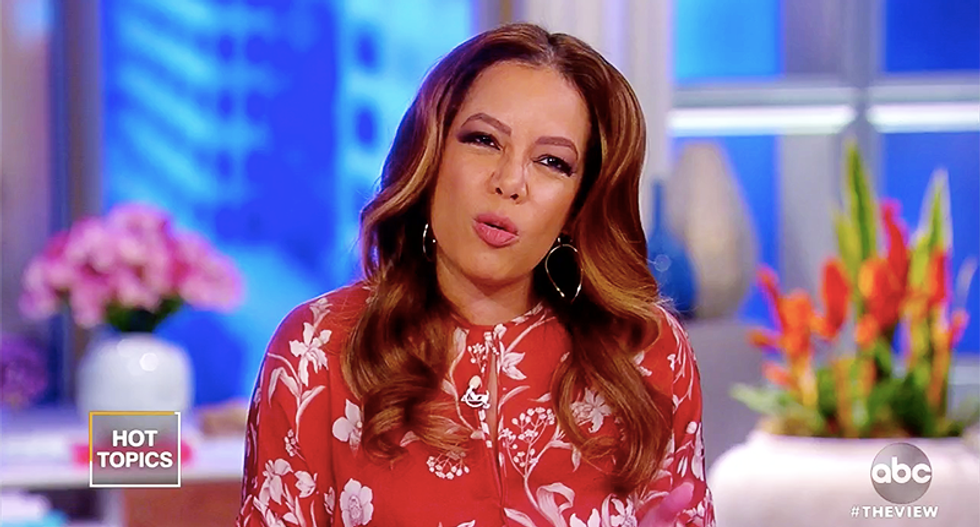 The View's Sunny Hostin nailed the people protesting to reopen the government while endangering the lives of the police officers protecting lawmakers and the state capitols.

Footage of the Sacramento, California protest showed those attending the rally shouting in the faces of police. Neither the police nor the protesters were wearing masks.

Police then got their batons out and linked them on the blockade line.

"You know, this bothered me so much over the weekend because I've enjoyed such close relationships with police officers and my family and when I was a prosecutor and worked with them," Hostin began. "To see protesters waving the American flag and also spitting in the faces of police officers without masks on was just incredible to me. We heard all of this 'blue lives matter' stuff going on from people that were waving flags. We heard all this 'blue lives matter' stuff from people when the black lives matter movement was going on. We heard 'respect the flag' when Colin Kaepernick was silently kneeling in protest for the inequities that we see in our country against African-Americans. Yet, where was that sentiment when you have police officers risking their lives to protect our democracy?"

She went on to say that she couldn't believe what she was seeing over the weekend in Michigan. Protesters there were carrying nooses, confederate flags and swastikas.

"I don't understand what that has to do with protesting to get back to work with the coronavirus," Hostin said. "Gov. Whitmer said she saw just the worse of American history and the worst of racism during these protests. I started to think, Whoopi and Joy, did they really ever mean 'blue lives matter?' Did they ever really mean that? Or did they mean 'black lives don't matter?' Did they mean they don't want that kind of protest?"