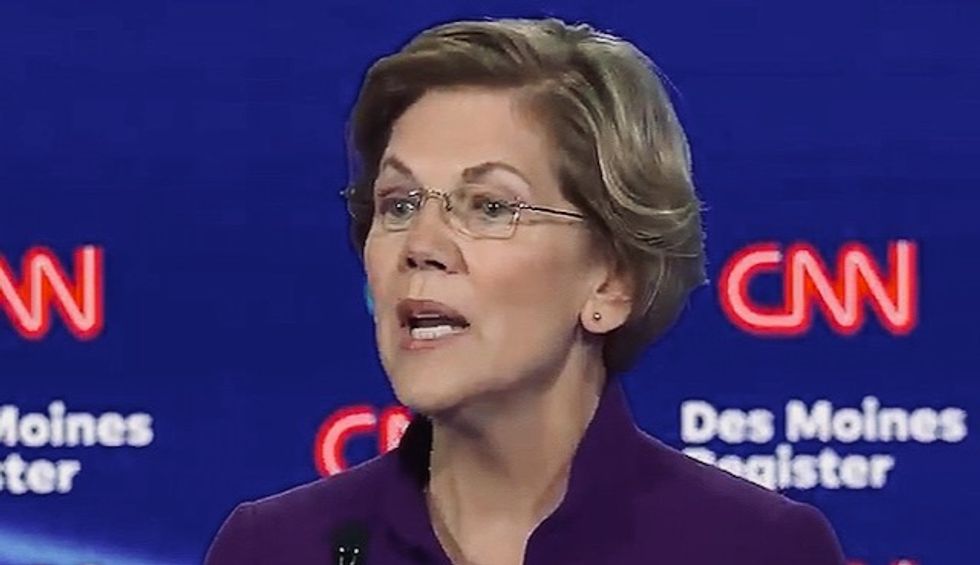 U.S. Senator Elizabeth Warren is the top pick among Democrats to be Joe Biden's vice president, a new poll finds, and on one critical question she's number one by a very large margin.

In every category, in fact, the Massachusetts progressive who last fall was seen as the Democratic party's presidential frontrunner beats out all other possible VP nominees, as Vox reports.

Progressive polling firm Data for Progress asked Democrats which of six women should be Biden's VP. The former Obama vice president has committed to choosing a woman as his running mate, and this week launched a committee to identify and vet candidates.

And when asked who of the six are most ready to be president – possibly the most critical consideration when choosing a vice presidential running mate, Warren excelled by a huge margin.

Warren was also the number one pick when  asked which of the six would be best at handling the coronavirus pandemic, ensuring that policies benefit working class people, and implementing policies effectively.

The poll has one downside: a small sample size. Data for Progress polled only 605 Democratic likely voters.

But the results line up with several polls over the past year, before Warren suspended her campaign.

In one poll voters who did not support Warren as their first choice said they would be least upset if she were the presidential nominee. That same poll found voters said they were most enthusiastic about the Massachusetts Senator.  In another poll voters who had not chosen Warren as their first pick overwhelmingly said she was their second choice. And in yet another poll voters said if they could skip the election, wave a "magic wand" and install a president today, they would choose Elizabeth Warren.