'Everyone knows he'll cheat': Here are five ways Trump and his GOP allies could steal the 2020 election 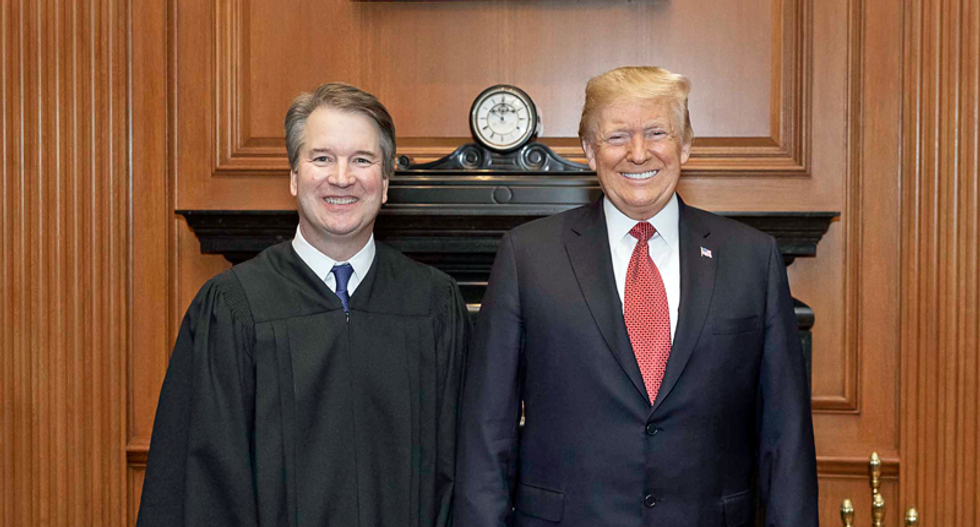 President Donald Trump and his Republican allies appear to be cooking up some schemes for stealing the 2020 election -- each one more worrisome than the last.

Veteran political columnist Michael Tomasky lays out five scenarios for The Daily Beast that could keep Trump in the White House, regardless of how the voting shakes out on Nov. 3.

"Everyone knows he’ll cheat," Tomasky writes. "Even his supporters know he’ll cheat. His cheating is one of the things they love about him. So that he’ll cheat — while loudly accusing the other side of cheating — is a given. We just don’t know yet exactly how."

Trump could steal this election "fair and square," just as he won 2016, when he lost the popular vote but managed a narrow Electoral College victory with apparent help from Russian bots and other shenanigans -- but this time could be even more lopsided and questionable, Tomasky warns.

Trump and the GOP are already laying the groundwork to steal the election through the courts, where right-wingers are preparing to challenge a narrow Biden win in Florida in a battle over a state law allowing felons to vote -- and plotting to let the Supreme Court's conservative majority to rule in favor of the president's re-election.

"Remember how in Bush v. Gore the five conservative justices in essence ruled against states’ rights, that supposedly time-honored conservative principle?" Tomasky writes. "That is, Florida wanted to recount the votes, but the court — in an unsigned decision that they insisted did not set precedent — overruled the state."

"Well, this time, they might do the exact opposite!" he adds.

Tomasky says an even more likely scenario is the faithless elector, which -- if the Supreme Court rules in favor next month -- would allow Republican-controlled states won by Biden to appoint electors who would refuse to vote for the Democratic nominee.

"Of course the Democrats could do the same, but come on, which side do you think is more likely to do this?" Tomasky writes.

The most terrifying scenario, Tomasky warns, would be if the Electoral College was tied at 269-269 and the newly elected House of Representatives stole it for Trump.

"Congress is still likely to be Democratic, so what’s the problem?" Tomasky writes. "Here’s the problem. The 435 members of the House don’t vote as individuals. They vote as state delegations, each delegation getting one vote."

Republicans currently control state delegations 26-25, which counts the District of Columbia, so Democrats must hold onto all their current delegations in November and pick up another to prevent Trump and GOP lawmakers from stealing the election in a proceeding presided over by Vice President Mike Pence.

"Picture it. Trump has lost the popular vote by five million," Tomasky writes. "Through rampant voter suppression and other dirty tricks ... he manages to finagle an Electoral College tie. Then it goes to the House, where this nutso scheme they came up with in 1803 when state population differentials weren’t anywhere near what they are today is used to hand Trump re-election."