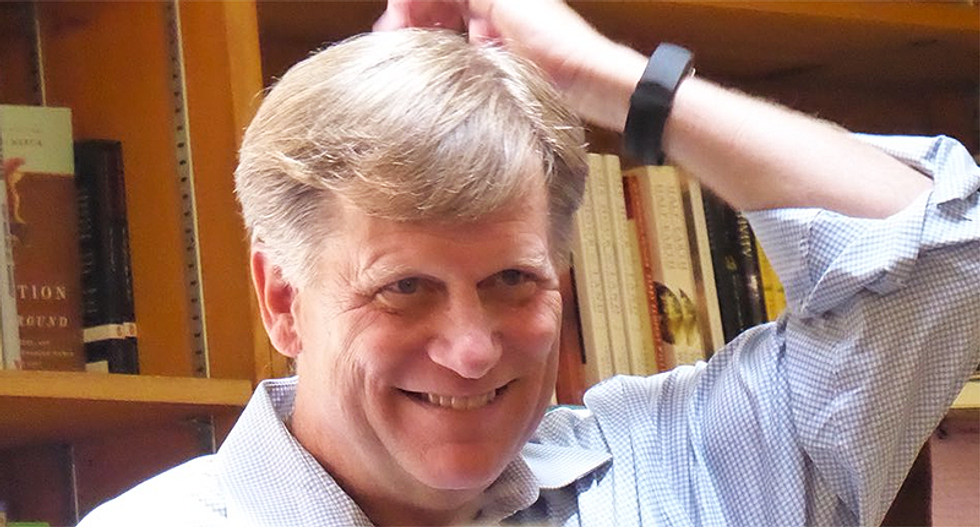 Former Ambassador Michael McFaul walked through one of the most revealing excuses President Donald Trump has used to deflect his role in the coronavirus crisis.

In the past several weeks, Trump and his White House staff have dodged responsibility, saying that it was "Communist China" that dropped the ball, or even intentionally misled the world about the coronavirus.

“Coronavirus was a Chinese hit-and-run followed by a cover-up that cost thousands of lives,” the GOP said in an April 17 memo. It further promised that Republicans will “push for sanctions on China for its role in spreading this pandemic.”

"The W.H.O. really blew it. For some reason, funded largely by the United States, yet very China centric. We will be giving that a good look," Trump tweeted.

“Punishing China is definitely where the president’s head is at right now,” one senior adviser told the Washington Post.

The White House hasn't yet revealed how China stopped President Trump from being able to act to contain the virus until mid-March, well over two months after China sounded the alarm about the crisis.

But McFaul was more confused why the president and the White House was relying for advice from "Communist China" to begin with.

"We spend $60 billion + on our national intelligence and another $20 billion plus on military intel," tweeted McFaul on Tuesday afternoon. "Shouldn't we, therefore, rely on our own Intelligence Community for gathering data about national security threats? Did Reagan rely on the KGB for data about Chernobyl? Did Kennedy rely on Khrushchev for accurate intel about Soviet missiles in Cuba? Did Obama rely on Putin or the Russian intelligence for accurate information about Iranian nuclear programs? That I can answer for sure -- no."

"When I was in the government (2009-2014), I don't remember the Obama administration relying on the Chinese Communist Party for accurate data on anything related to our national security. Why is Trump?" McFaul asked. "I look forward to seeing the full declassified picture of what our Intelligence Community (IC) was telling Trump about this national security threat in real-time. I'm sure the IC wasn't just waiting for the Chinese Communist Party officials to tell the truth."

There have already been reports that Trump and his team knew far more than they were leading on, said McFaul.

He agreed that China should be held accountable for whatever role they played in harming people, but an international investigation is needed. Those who responded poorly to COVID-19 also deserve scrutiny, he said.

"Where does the buck stop in the Trump administration? Anywhere?" he closed.