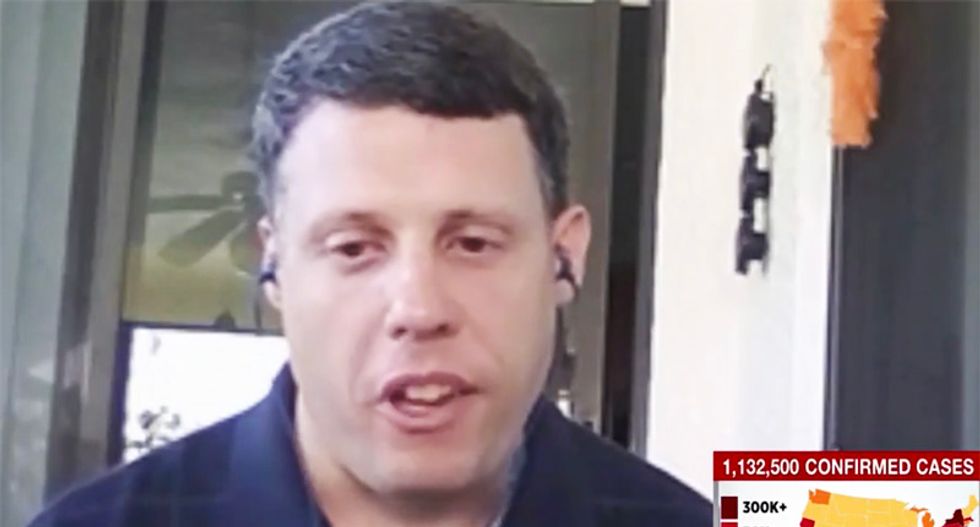 Appearing on MSNBC's "AM JOY," a former supporter of Donald Trump looked back on the 2016 election and explained how he came to vote for the president -- laying a large part of the blame on Fox News personalities who pumped up the then-businessman's accomplishments while avoiding his numerous failures.

Speaking with host Joy Reid, Army veteran David Weissman said he learned much more about the president after the election than he did prior to voting -- but first he attempted to explain why rabid supporters of the president have taken to the streets to protest the pandemic lockdown.

"A lot of this fear I mentioned about, a lot comes from propaganda from conservative networks downplaying the virus," Weissman offered. "They don't think the virus isn't as serious as it really is and a lot of people do not believe in the numbers of the fatalities from the virus-- we have Trump even called it a hoax, he called it a hoax for a long time. He waited until 70 days to finally act on it. You see people like Sean Hannity, Laura Ingraham, they were calling it a hoax. That's why you have so many thinking that this is not as serious as it really is, why they have no problem going into public and protesting."

Asked how he came to vote for Trump and then turn on him, he explained, "Well, I had a very interesting dialogue that pretty much changed my worldview with [comedian] Sara Silverman on Twitter. I learned a lot about values that liberals believe in, Democrats, even politicians like Obama and Hillary Clinton."

"I learned a lot of the stuff I believed for many years that's false, what in the real world is really going on," he continued. "So, when my worldview changed, I learned who Trump really is. I realized he is not this patriotic businessman, you know. He had business failures, you know, he's like not this -- the person that Fox News and other media outlets made him out to be, he's not that in real life. When I realized that, I learned that that's not who I voted for -- when I voted for Trump, I was picturing somebody else."