Florida governor kept beaches open while medical examiner was begging for them to close: documents reveal 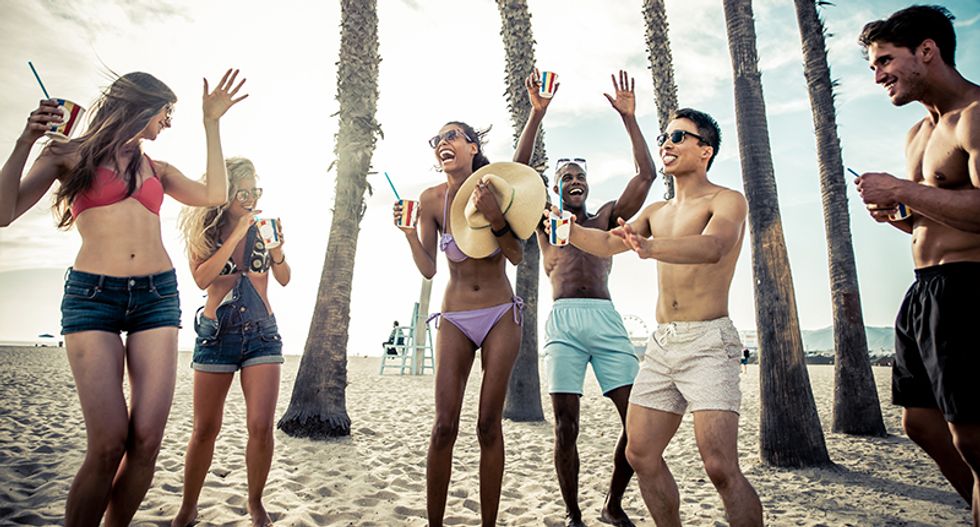 According to recently released emails and documents, the Florida medical examiner was begging officials to shut down the beaches while COVID-19 was spreading across the country.

According to a Washington Post report, the beaches in St. Johns County, on the east coast south of Jacksonville, had record crowds through March 2020.

"While many states were issuing directives to residents to stay home in March, officials in St. Johns County, home of St. Augustine, kept beaches open, even as the county’s medical examiner repeatedly said the county couldn’t handle a deadly outbreak, according to emails obtained by Columbia University’s Brown Institute for Media Innovation," The Washington Post reported after reviewing the documents. "The county later closed the beaches on March 29 and then partially reopened them two weeks later. As of Saturday, there have been four deaths from covid-19, the disease caused by the coronavirus, and more than 200 confirmed cases in the county, a sliver of the 35,463 cases and 1,364 deaths in Florida, which are concentrated in more populated areas such as Miami and Fort Lauderdale."

During a weekend in mid-March, the county “saw crowds that nearly doubled spring break last year as well as Memorial Day,” said county parks director Doug Bataille in emails to other officials. He also noted that the county lost its vendor that cleans the portable toilets on the beach.

“The volume does not seem to be declining,” he wrote.

“Protect the residents” of St. Johns County, wrote Deanna A. Oleske, the associate medical examiner for the county on March 23. “Close the beaches. Please.”

“We are facing NUMEROUS issues that are inhibiting us to appropriately staff this office in an expeditious manner BEFORE facing a pandemic of unknown proportions,” Oleske wrote in another email.

Flights slowed as the virus spread, but South Florida and eastern Florida became a hotbed of "COVID Bros" determined to celebrate their spring break on the beach. Cell phone data tracked many back to the northeast where coronavirus exploded.

This shows the location data of phones that were on a Florida beach during Spring Break. It then shows where those… https://t.co/Xy5evwx3kH
— Mikael Thalen (@Mikael Thalen) 1585256406.0

One resident who took photos of cars parked at the beach noted “people are continuing to pour in. “WAKE UP! DO SOMETHING!!!”

“Thanks to a lot of selfish jerks who refused to adhere to the [Centers for Disease Control and Prevention] guidelines on physical distancing, our beautiful beaches are closed to all of us, including those of us who have been very careful to follow the guidelines in our use of public spaces,” the resident also wrote.

Monday, St. Johns will reopen its beaches completely and restaurants across Florida are reopening despite cases of coronavirus still hitting 700 to 1,000 new cases daily.