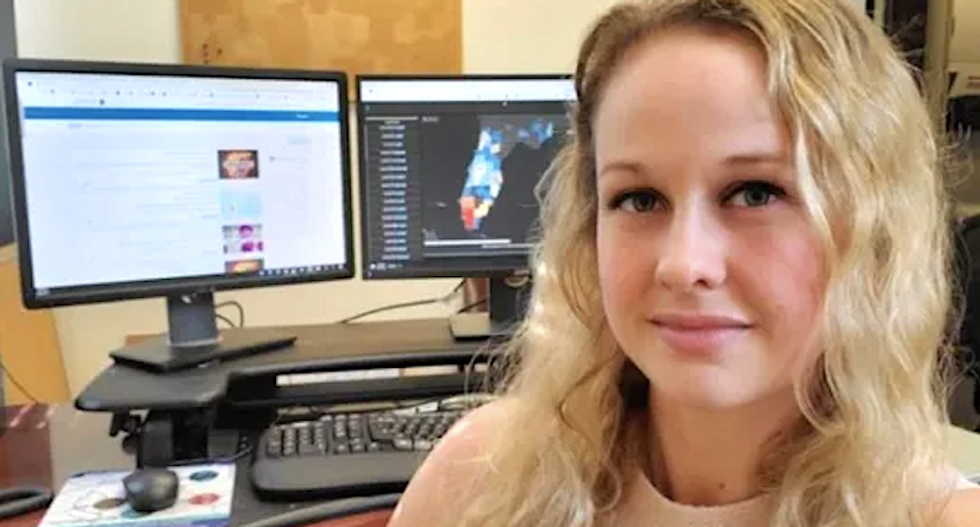 The architect and manager of Florida's coronavirus dashboard says she has been removed from her post because she refused to manipulate data.

The online dashboard has been a valuable resource for researchers, reporters and the public to access and review COVID-19 cases, testing and death data, and had won wide praise for its transparency and accessibility, reported Florida Today.

However, the site has crashed and gone offline in recent weeks, data has disappeared without explanation -- and Rebekah Jones, who led a team of Florida Department of Health data scientists and public health officers to set up the site, announced her removal as of May 5.

"I understand, appreciate, and even share your concern about all the dramatic changes that have occurred and those that are yet to come," Jones wrote her colleagues in an email.

"As a word of caution, I would not expect the new team to continue the same level of accessibility and transparency that I made central to the process during the first two months," she added. "After all, my commitment to both is largely (arguably entirely) the reason I am no longer managing it."

Jones confirmed to WPEC-TV that she was removed because she was ordered to censor some data, but she refused to "manually change data to drum up support for the plan to reopen."

The state's Department of Health declined to comment, but researchers blasted the move as an example of government censorship.

"We would not accept this lack of transparency for any other natural disaster, so why are we willing to accept it here?" said Jennifer Larsen, a researcher at the University of Central Florida's LabX.

Data access has not worsened since Jones was removed, according to researchers, but they worry that the data will become less available.

"They are pretending that public health is what has damaged (the) economy," said Asal Johnson, an assistant professor of Public Health at Stetson University. "They are getting it wrong; the economy is damaged because we ignored evidence to protect public health.

"They think they can save their own political interest by restricting information," she added.

The situation was even more dangerous now that Florida has already reopened, researchers said.

"The virus doesn't really give a damn if you hide its numbers," said Jennifer Larsen, a researcher at the University of Central Florida's LabX.