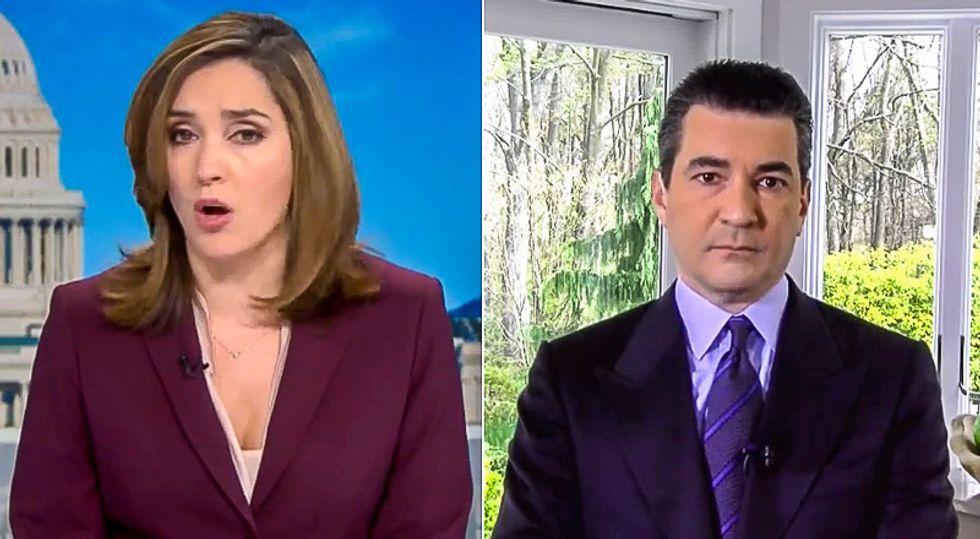 "Around the nation, hospitalizations and new cases continue to rise," Gottlieb explained to CBS News host Margaret Brennan. "There's about 20 states where we see a rising number of new cases."

"And so, while mitigation didn't fail, I think it's fair to say that it didn't work as well as we expected," he observed. "We expected we would start seeing more significant declines in new cases and deaths around the nation at this point and we're just not seeing that."

Brennan pointed out that President Donald Trump has given varying predictions on the number of deaths, more recently saying that 70,000 could die from COVID-19.

"Are these White House numbers reliable at all?" Brennan wondered.

"That model initially showed a best case of 100,000 deaths but it's come down since then to about 70,000," Gottlieb said. "I think we have to look out to what's going to happen by the end of June. It's really hard to predict beyond June where this goes because we could have large outbreaks this summer."

"It's probably the case that we're going to get above 100,000 deaths nationally," he added. "We looking at the prospect that this may be a persistent spread. While the doubling time has come down dramatically to about 25 days... from days or less than a week at the outset."