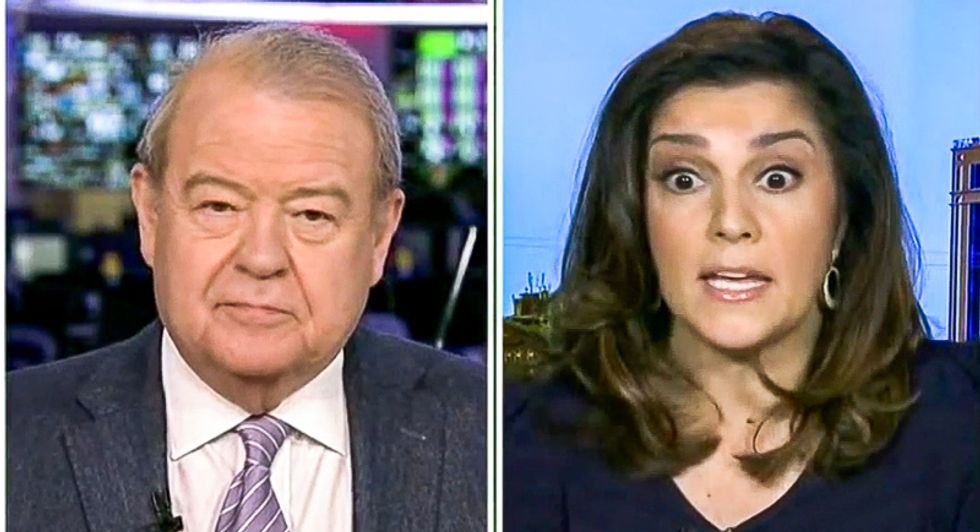 Fox News contributor Rachel Campos-Duffy on Monday said that the pandemic stay-at-home orders are like a "national suicide."

During an appearance on Fox Business, Campos-Duffy assailed former President Barack Obama over his criticism of the government's pandemic response.

"President Obama didn't respond to the swine flu pandemic for six months after a thousand people died and so it's kind of rich coming from him," she opined. "The last thing we need right now is more people being sour on the economy."

According to Campos-Duffy, people "don't want handouts" from the government as economic relief.

"The way it was handled in New York has nothing to do with the way it's happening [in middle America]," she continued. "When this is all over, New York media may be responsible for the death of rural health care because it is serious what's happening here and there's absolutely no reason for it."

"It's like a suicide -- a national suicide," she added. "That's totally unnecessary."

The Fox News contributor, who has nine children, went on to say that schools should also be opened immediately.

"Parents right now are wanting to shoot their heads off," she complained. "Because they can't do the homeschooling, our kids are suffering."

"Frankly, I can tell you as a mom who is having to do this homeschooling, we're failing," Campos-Duffy added. "I saw a headline on Drudge -- parents giving up on homeschooling -- I thought, I'm one of those. It's hard work."