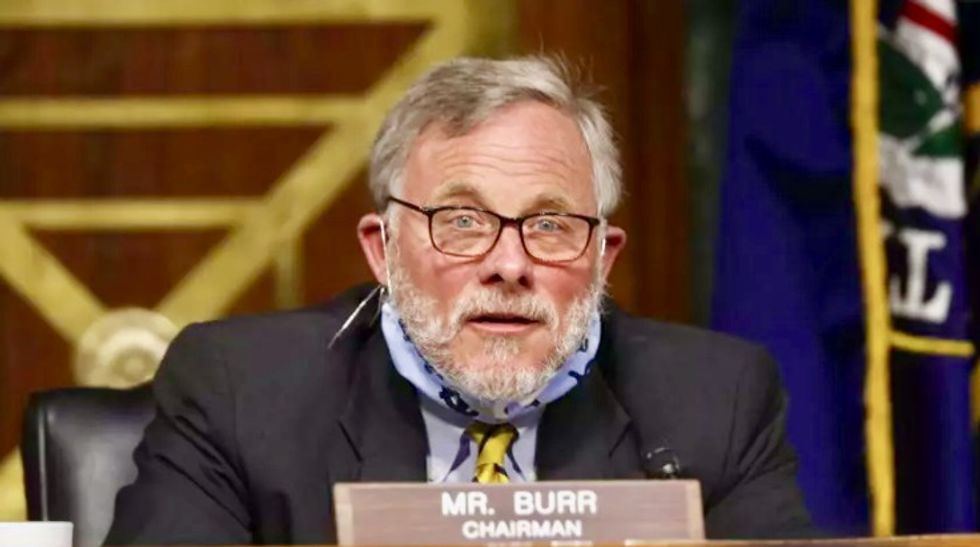 North Carolina Republicans fear the stock-dumping scandal that has landed Sen. Richard Burr under investigation will endanger the state's other GOP senator.

Burr stepped aside as chairman of the Senate Intelligence Committee last week after federal agents seized his cell phone as part of the investigation, but that cloud over his future could also complicate Sen. Thom Tillis' re-election this fall, reported The Daily Beast.

“It don't matter which party you are, but anytime somebody is being under investigation it is going to fallout with everybody that they're associated with,” said Ron Wyatt, chairman of the Iredell County Republican Party. “We've got two senators in North Carolina, so if one is being investigated, rightfully or wrongfully, then it is absolutely going to draw extra criticism and scrutiny on that other person that's in the same party, running for the equal position.”

Burr is under investigation for selling up to $1.7 million in stock after receiving a Senate-only briefing on coronavirus before the pandemic wrecked the markets, and Tillis issued a stern statement after news broke demanding an explanation from the state's senior senator.

"While nobody is surprised that people go to D.C. poor and come out millionaires, it will be utilized to probably drive people away from Tillis," said Chris Weaver, chairman of the Person County GOP. “It’ll be used opportunistically by people opposed to Republicans.”

“Anything that’s a distraction for a campaign can become fatal,” said one Democratic operative who works on Senate races.