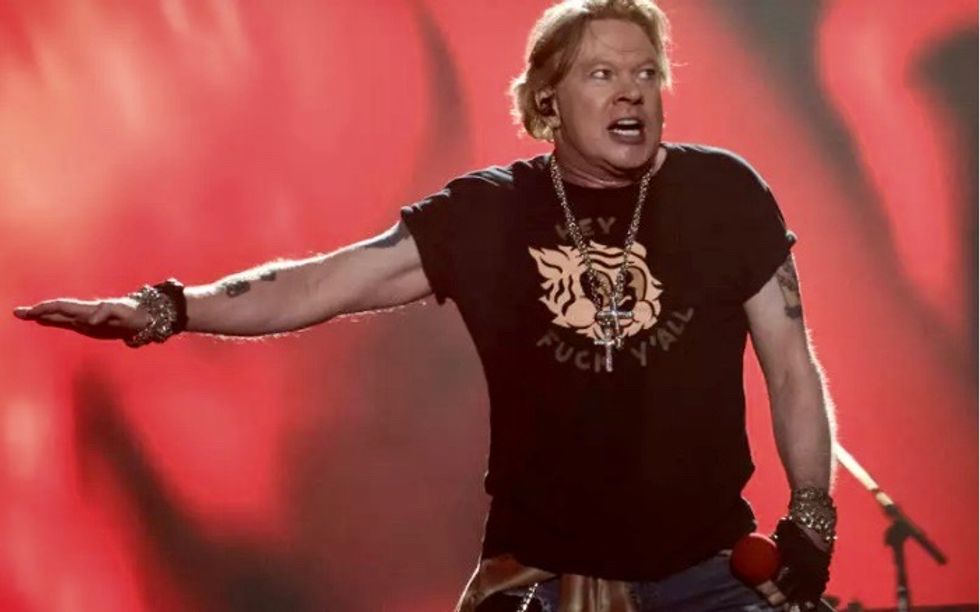 US Treasury Secretary Steve Mnuchin is tussling with economic meltdown, China tensions, an irascible boss and now... an attack by the swearing, raging frontman of Guns N' Roses.

Axl Rose, lead singer of the heavy rock band famous for albums like "Appetite for Destruction," laid into Mnuchin on Twitter.

"It's official!" Rose wrote late Wednesday. "Whatever anyone may have previously thought of Steve Mnuchin he’s officially an asshole."

Mnuchin, who has an aura as square and wonkish as his black-rimmed glasses, surprisingly found time to tweet back.

"What have you done for the country lately?" he asked the rockstar, seeking to reinforce his patriotic stance by adding a flag emoji.

Unfortunately, the Yale and Goldman Sachs alum put not the US flag but that of Liberia.

That version looks somewhat similar to the American banner but with fewer stripes and, most obviously different, just one star instead of 50.

Rose jumped back at Mnuchin.

"Didn’t get we’re hoping 2 emulate Liberia’s economic model,” he wrote before going on to lash Mnuchin's encouragement of Americans to take domestic vacations despite the coronavirus crisis.

While there's no love between Guns N' Roses and the White House, one of their songs, "Live and let die" blasted from speakers earlier this week as President Donald Trump toured a mask-making factory in Arizona.