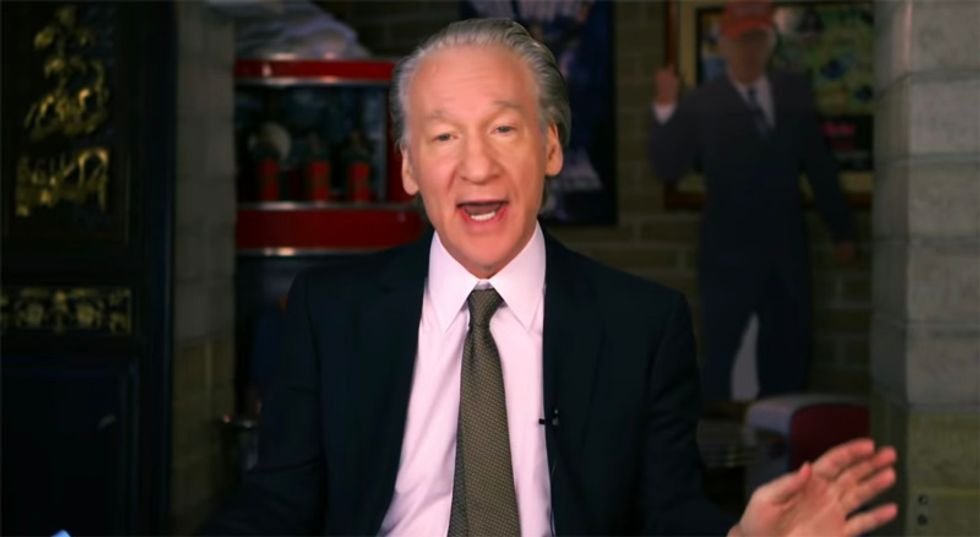 In the latest edition of HBO's "Real Time," host Bill Maher came down hard on former Minneapolis police officer Derek Chauvin -- recently indicted for the death of George Floyd -- saying he is part of a breed of losers who become cops so they can bully people.

Addressing the death of Floyd after the police officer knelt on his neck, Maher explained that it was “a replay of the Eric Garner incident,” that left another Black man dead.

In the matter of Chauvin, Maher continued, "Is it not more about the attitude? I feel like with the police -- and I know most police are good even though we have a lot of bad videos — I’ve certainly known cops, personally known them, and they are not bad people, they are very good people, and it is a very difficult job—but it does seem like we attract the wrong type sometimes."

"You know, the one who is going to make up for high school," he added. "This guy seemed to have done this just because the crowd said ‘stop doing it,’ and he said ‘I’m not going to. I’m in charge.’ It’s always about recognizing my authority. The essence to me, of the police problem is: bad attitude.”