'I will knock you out!' Man goes on rampage in store after workers ask him to put on a mask or leave 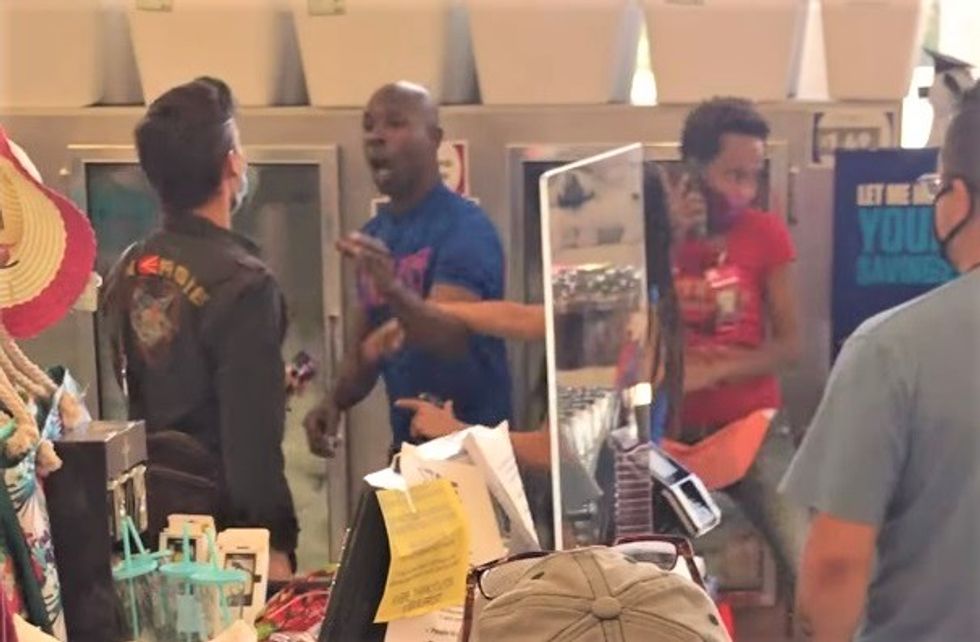 A man in a 99 Cents Only store in San Antonio went on an angry rampage this week when employees at the store asked him to put on a mask or leave.

Local news station KSAT reports that the man was caught on video profanely yelling at employees, while even getting into a shoving match with a customer who was filming him on his phone.

At the start of the video, the man is seen yelling at employees and telling them that he doesn't need to wear a mask because Texas Gov. Greg Abbott told him they weren't necessary.

The man then became enraged when he saw someone taking a video of him on their phone.

He then tried to rip the phone away from the person filming him and shoved him away.

"Don't record me!" he screamed.