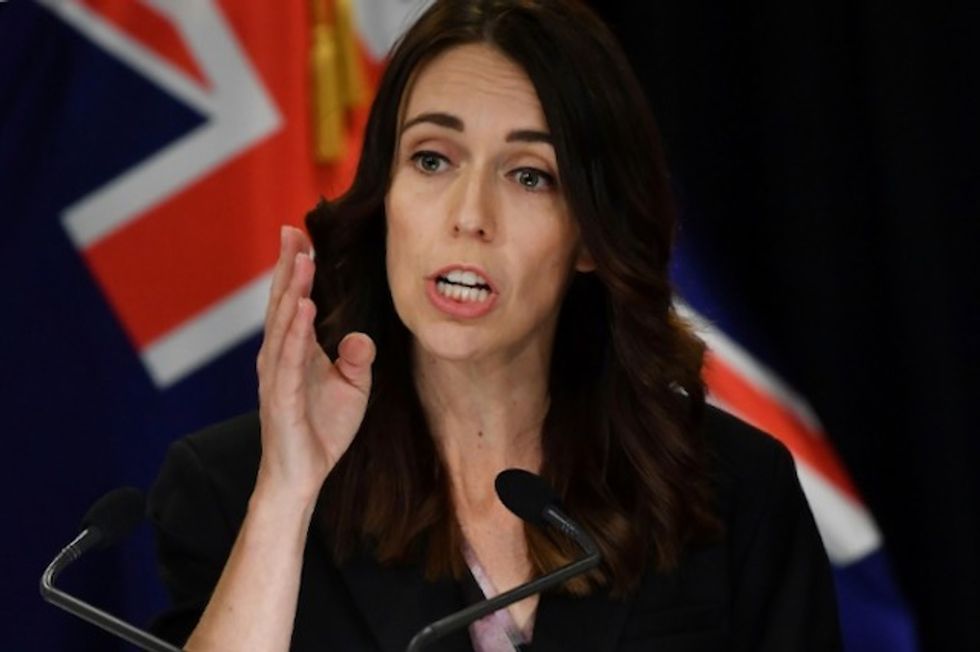 The survey also indicated an overwhelming 91.6 percent backing for Ardern's COVID-19 response, which involved a strict seven-week lockdown that appears to have the virus under control.

Support for the conservative National opposition slumped 12.7 points to 30.6 percent in the poll, with its leader Simon Bridges on 4.5 percent as preferred Prime Minister -- down 6.1 points.

The figures mirror leaked research from Labour's own pollster, UMR, last month which had Ardern's party on 55 percent support and National at 29 percent.

Ardern, who won office on a wave of "Jacinda-mania" in 2017, said she was making no assumptions about the September 19 election.

"I'm taking nothing for granted," the 39-year-old told Newshub.

"The fact that I'm making no assumptions about what will be the end outcome will be on election day should be a nod to that."

Ardern's personal approval rating is comparable to the 65 percent some polls gave former centre-right leader John Key, who won three elections before stepping down in 2016.

The support for Labour will be even more heartening for Ardern, giving the party the chance to govern in its own right for the first time since a German-style proportional voting system was introduced in 1996.

Ardern took Labour from the doldrums in the 2017 election, lifting its vote by almost 13 points to 36.9 percent.

But she still needed support from minor parties to form office and National attracted the most support of any single party with 44.4 percent.

But it was not reflected in polling and before the pandemic, indications were that Labour's support had plateaued, with Ardern set to struggle in the September election because voters were turning away from her coalition partners.

Whether the latest jump in support can be maintained will depend on the long-term success of Ardern's "go fast-go hard" coronavirus strategy.

It appears to be working so far, with New Zealand recording only 21 COVID-19 deaths in a population of five million.