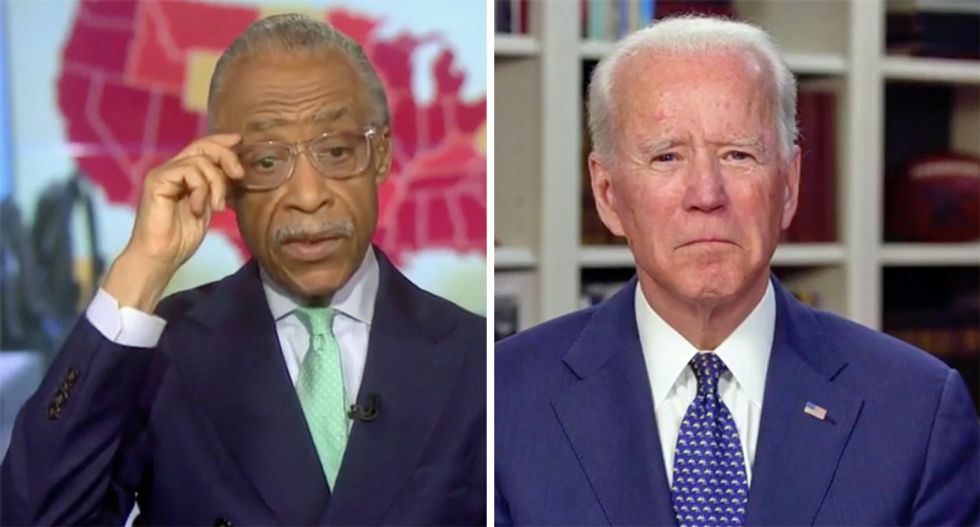 "They're armed and I'm told one or two of them had Nazi flags or Confederate flags -- I don't know which it was, I can't swear to that, I didn't see it," Biden told the Rev. Al Sharpton in an interview that was broadcast on Saturday.

Biden said it was "outrageous."