John Oliver: Donald Trump is lying about the size of coronavirus testing -- but lying about size is typical for him 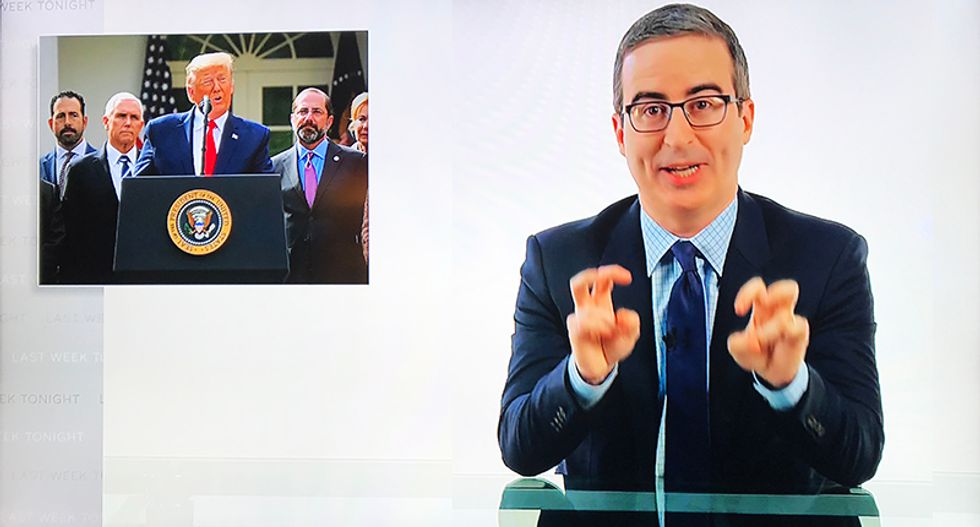 If there's one thing Donald Trump does best it's lie about the size of things.

"Last Week Tonight" host John Oliver pointed out that one of the most dangerous things the president is lying about right now is the size of the group of people that will be tested for the coronavirus.

When asked this week if the U.S. could reach the benchmark of 5 million coronavirus tests per day recommended by public-health experts, Trump said we would.

“Well, it will increase it, and it’ll increase it by much more than that in the very near future,” Trump said, before going off on another incoherent fever-dream that he has singlehandedly saved the world in some kind of war.

The reporter followed up, “Sorry, are you saying you’re confident you can surpass 5 million tests per day?”

“There is absolutely no way on Earth, on this planet or any other planet, that we can do 20 million tests a day, or even 5 million tests a day," said Admiral Brett Giroir, assistant secretary of health. He's the person in charge of the U.S. testing response.

It took less than 24 hours before Trump was lying he ever even said it.

"So if our testing shortage has caused this much damage, this much disruption and is still not fully resolved I thought tonight might be a good time to ask 'What the f*ck happened."

He then outlined exactly that. Watch the video below: